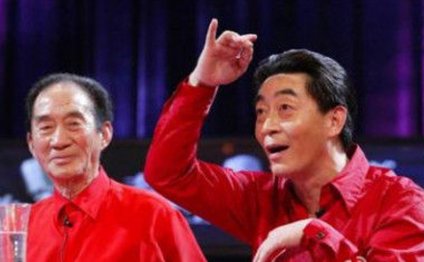 A list we had hoped our readers would enjoy turned out to be one of the most popular features in Adventure's five-year history. You asked for itrepeatedlynow you got it: the 100 Greatest in all their glory.

1. The Worst Journey in the World, by Apsley Cherry-Garrard (1922) As War and Peace is to novels, so is The Worst Journey in the World to the literature of polar travel: the one to beat. The author volunteered as a young man to go to the Antarctic with Robert Falcon Scott in 1910; that, and writing this book, are the only things of substance he ever did in life. They were enough. The expedition set up camp on the edge of the continent while Scott waited to go for the Pole in the spring. But first, Cherry-Garrard and two other men set out on a midwinter trek to collect emperor penguin eggs.

It was a heartbreaker: three men hauling 700 pounds (318 kilograms) of gear through unrelieved darkness, with temperatures reaching 50, 60, and 70 degrees below zero (-46, -51, and -57 degrees Celsius); clothes frozen so hard it took two men to bend them. But Cherry-Garrard's greater achievement was to imbue everything he endured with humanity and even humor. Andas when he describes his later search for Scott and the doomed South Pole teamwith tragedy as well. His book earns its preeminent place on this list by captivating us on every level: It is vivid; it is moving; it is unforgettable.
National Geographic Books, 2002.

2. Journals, by Meriwether Lewis and William Clark (1814) Are there two American explorers more famous? Were there any braver? When they left St. Louis in 1804 to find a water route to the Pacific, no one knew how extensive the Rocky Mountains were or even exactly where they were, and the land beyond was terra incognita.

Lewis and Clark's Journals are the closest thing we have to a national epic, and they are magnificent, full of the wonder of the Great West. Here are the first sightings of the vast prairie dog cities; here are huge bears that keep on coming at you with five or six bullets in them, Indian tribes with no knowledge of white men, the mountains stretching for a thousand miles; here are the long rapids, the deep snows, the ways of the Sioux, Crow, Assiniboin; here are buffalo by the millions. Here is the West in its true mythic proportions. Historian Stephen Ambrose's Undaunted Courage gives a fine overview, but to hear the adventure in the two captains' own dogged, rough-hewn words, you need the complete Elliott Coues edition in three volumes. Buy all three. Dive in. Rediscover heroism.
National Geographic Books, 2002. Editor Elliott Coues published the definitive text of the Lewis and Clark journals in 1893, now available in a three-volume set entitled The History of the Lewis and Clark Expedition (Dover Publications, 1979). A new, abridged version is The Essential Lewis and Clark (HarperCollins, 2000).

Review of the Classic Fiction Novels Collection you must ...