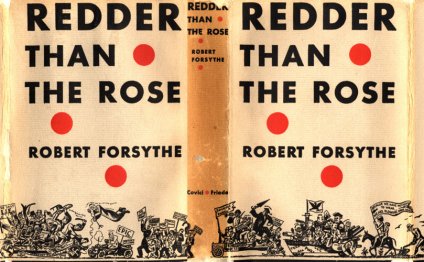 In Saturday’s Wall Street Journal, Cambridge author Peter Conn gives us a taste of his recent work, The American 1930s. The Opinion Journal’s weekly Top Five turned to Conn for true literary greatness from that most desolate time. In doing so, he may give us hope for the current crop of writers.

A fictional account of one family’s experience on the land, Josephine Winslow Johnson’s best-selling novel won the Pulitzer Prize before sinking into undeserved obscurity. The Haldmarnes leave an unnamed city for the countryside when Father loses a good job in a lumber mill and with it any hope of financial security for his wife and their three daughters. The mortgaged farm to which the family moves yields little: The novel’s central section is a day-by-day reckoning of the land’s collapse into baked and cracking clay during the killing drought in the Great Plains of the 1930s. “Now in November” is one of the most convincing and hair-raising depictions of the Dust Bowl in the literature of the Depression. Unfortunately, history would find room for only one Dust Bowl novel, John Steinbeck’s “The Grapes of Wrath.”

Norman Mailer often said that John Dos Passos had written the great American novel in the three volumes of the “U.S.A.” trilogy. “The Big Money” was the final volume in the series, and its success put Dos Passos on the cover of Time magazine. The novel deploys several narrative techniques in an effort to tell the whole story of America’s march toward the Crash. Long conventional storylines alternate with stream-of-consciousness monologues, brief biographies of famous and infamous Americans, and “newsreels” made up of newspaper headlines, popular songs and advertising slogans. “The Big Money” opens at the end of World War I and concludes in the early years of the Depression. The final scene presents a vagrant trying to hitch a ride: The open road to American opportunity has become a dead end. Dos Passos’s sustained, bitter and often funny exposé of Roaring Twenties excess is the best fictional explanation ever written of how Americans got themselves in the biggest economic mess in their history.