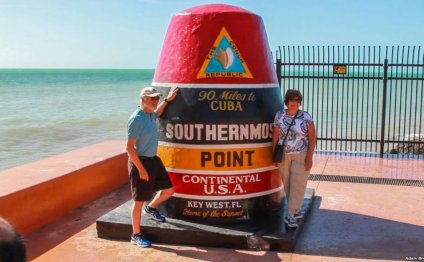 It’s that time of year when American literature fans start to wonder not only whether any American is going to take home the Nobel Prize in Literature, but if Philip Roth will finally get the one major literary award — the biggest of all literary awards — that has eluded him all these years. Even though the odds aren’t in his favor this year, a win for the retired Roth would shore up the claim that 7.7 out of 10 members of the “literati” make: Philip Roth is the greatest living American writer.

But does it really matter whether most people think you’re the greatest of all writers from the United States? There’s no official title, no Hall of Greatest American Writers that ushers a new member into its ranks every few years, and no ceremony where they place a crown upon your head and proclaim that there’s a new Greatest Living Writer. The idea of a greatest living writer is absurd, but the most important living American writer — that’s a whole other conversation entirely. It’s something very worth talking about, and there’s no better time than the present, as we celebrate the 20th anniversary of the last American and first black woman to win the Nobel Prize in Literature: Toni Morrison. She should be recognized as the most important living American writer, and has been that since the day she gave this speech:

We shouldn’t overvalue big literary prizes when it comes to deciding what constitutes greatness. There are plenty of extremely talented writers who haven’t won any awards, and I’d place their impact on literature alongside any Man Booker winner out there. Still, Morrison is the last American writer recognized by the people who hand out the medals for the most prestigious literary award in the world. In the eyes of the global literary community, Toni Morrison was the last American writer truly deserving of that honor.

‘Tis the season to celebrate Morrison’s biggest achievement, so let us take time to reflect on an impressive body of work, which not only includes her classics like Beloved and Song of Solomon, but also impressive nonfiction that has left an undeniable mark on America. Because while we trump up the Roths of the world, Morrison has been both consistent and diverse with her work since the 1970s. A handful of us care enough to groan whenever Jonathan Franzen says something about social media, but when Toni Morrison says something about a president, it’s monumental. Morrison is, as John Freeman notes in the opening to his interview with her in the collection How to Read a Novelist, “a direct descendent of William Faulkner’s lyrical modernism.” Her books contain everything from elements of magical realism to moments of the dirty realism (a phrase coined by another writer related to Granta, Bill Buford) that has made writers like Cormac McCarthy a critical darling and Raymond Carver a god among writers.

The hottest literary topic on the ‘Net right now is reaction to Anis Shivani’s article in The Huffington Post, “The 15 Most…