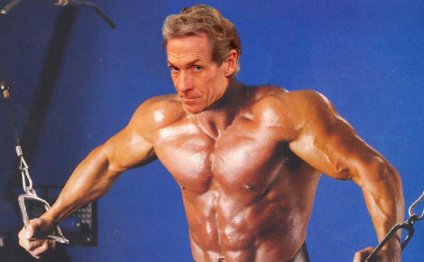 The year 1925 was a golden moment in literary history. Ernest Hemingway’s first book, In Our Time, Virginia Woolf’s Mrs Dalloway and F Scott Fitzgerald’s The Great Gatsby were all published that year. As were Gertrude Stein’s The Making of Americans, John Dos Passos’ Manhattan Transfer, Theodore Dreiser’s An American Tragedy and Sinclair Lewis’s Arrowsmith, among others. In fact, 1925 may well be literature’s greatest year.

But how could one even go about determining the finest 12 months in publishing history? Well, first, by searching for a cluster of landmark books: debut books or major masterpieces published that year. Next, by evaluating their lasting impact: do these books continue to enthrall readers and explore our human dilemmas and joys in memorable ways? And then by asking: did the books published in this year alter the course of literature? Did they influence literary form or content, or introduce key stylistic innovations?

Books that came out in 1862, for instance, included Dostoevsky’s House of the Dead, Victor Hugo’s Les Misérables and Turgenev’s Fathers and Sons. But Gustave Flaubert’s novel of that year, Sallambo, set in Carthage during the 3rd Century BC, was no match for Madame Bovary. George Eliot’s historical novel Romola and Anthony Trollope’s Orley Farm were also disappointments.

The year 1899 is another contender for literature’s best. Kate Chopin’s seminal work The Awakening was published then, as was Frank Norris’s McTeague and two Joseph Conrad classics – Heart of Darkness and Lord Jim (serialised in Blackwood’s Magazine). But Tolstoy’s last novel Resurrection, published also in 1899, was more shaped by his religious and political ideals than a powerful sense of character; and Henry James’ The Awkward Age was a failed experiment – a novel written almost entirely in dialogue.

And in 1950 there were published books from Isaac Asimov (I, Robot), Ray Bradbury (The Martian Chronicles), Patricia Highsmith (Strangers on a Train), Doris Lessing (The Grass Is Singing) and CS Lewis (The Lion, the Witch and the Wardrobe). But other great fiction writers produced lesser works that year – Ernest Hemingway’s minor Across the River and into the Trees; Jack Kerouac’s The Town and the City, written under the influence of Thomas Wolfe; John Steinbeck’s poorly received play-in-novel-format Burning Bright and Evelyn Waugh’s only historical novel, the Empress Helena (Roman emperor Constantine’s Christian mother goes in search of relics of the Cross).

But 1925 brought something unique – a vibrant cultural outpouring, multiple landmark books and a paradigm shift in prose style. Literary work that year reflected a world in the aftermath of tremendous upheaval. The brutality of World War One, with some 16 million dead and 70 million mobilised to fight, had left its mark on the Lost Generation. In Mrs Dalloway, Virginia Woolf created the indelible shell-shocked veteran Septimus Smith, “with hazel eyes which had that look of apprehension in them which makes complete strangers apprehensive too. The world has raised its whip; where will it descend?”

The solid external world of the realists and naturalists was giving way to the shifting perceptions of the modernist ‘I’. Mrs Dalloway, which covers one day as Clarissa Dalloway prepares for a party – and Septimus Smith for his demise – is a landmark modernist novel. Its narrative is rooted in the flow of consciousness, with dreams, fantasies and vague perceptions gaining unprecedented expression. Woolf’s stylistic breakthrough reflected a changing perception of reality. Proust was also all the rage at this moment, as Scott Moncrieff’s translation of Remembrance of Things Past’s third volume was just out. Woolf admired Proust’s “astonishing vibration and saturation and intensification”.

The year 1925 also contributed to the culmination of Gertrude Stein’s career. She had moved to Paris in 1903 and established a Saturday evening salon that eventually included Ernest Hemingway, F Scott Fitzgerald, Sinclair Lewis, Ezra Pound and Sherwood Anderson, as well as artists Pablo Picasso and Henri Matisse. Stein responded to her immersion in the Parisian avant-garde by writing The Making of Americans, which was published in 1925, more than a decade after its completion. In over 900 pages of stream-of-consciousness, Stein tells of “the old people in a new world, the new people made out of the old, ” and describes an American “space of time that is filled always filled with moving”. Early critics like Edmund Wilson couldn’t finish Stein’s complex web of repetition, but she has been credited with foreshadowing postmodernism and making key stylistic breakthroughs, including using the continuous present and a nearly musical word choice. As Anderson put it: “For me, the work of Gertrude Stein consists in a rebuilding, an entirely new recasting of life, in the city of words.”

Return of the Greatest Comic Book Haul Ever. Ka-Zar, Star ...

The Longest Poem in the Greatest ever Book - Duke Jeyaraj ...

Some books wow you with their stunning illustrations, some with their page-turning action, and still others with the lush…