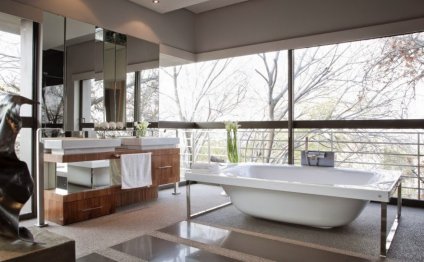 Whether your radio dial is turned to an alternative radio station or a Top 40 one, at some point you’ll probably hear American Authors‘ new song “Best Day of My Life.” In fact, the Brooklyn by way of Boston band is counting on it. “We embrace any platform that picks up the song, ” bassist Dave Rublin told Radio.com. “It shows that it can transcend what anybody would normally categorize it as.”

But the band’s current single is not only being played on the radio. It was recently featured in the Vince Vaughn film, Delivery Man, a promo for MLB Fan Cave and a Lowe’s commercial that aired during the Super Bowl.

“I think with any art, it’s just putting yourself out there and hope people can connect with it, ” guitarist and banjo player James Adam Shelley said.

Many have found a connection with the feel good vibes of “Best Day of My Life” where the guys sing about living it up. They’re touching the clouds, howling at the moon and just generally grabbing life by the balls, singing, “No limits just epiphanies.”

“In the verses it’s talking about all these flaws and insecurities that we have as people, ” singer Zac Barnett explained. “It’s saying, ‘I’m sheltered, I’m scared, I’m nervous that I’m not getting anywhere. I’m jealous and I’m slow. But at the end of the day, these are the things that make me who I am.’ When the chorus hits, it’s ‘I’m a believer that things are going to get better.’ You can be who you are and stay true to yourself, but in the end things are always going to get better in life.”

This is a motto American Authors have taken to heart. The guys met at the Berklee College of Music in Boston through various songwriting clubs and classes and decided to leave school early and move to Brooklyn to pursue music full time. It wasn’t always easy, but the early struggles help make them closer as a unit.

“I think the one thing that we’ve all bonded together with is that exact struggle, ” drummer Matt Sanchez explained. “When you look at any group that struggles together, it’s a team situation. You pull each other back in. You inspire each other. I think that that struggle was definitely, and still will be, a very important part of our creative process.”

With the message that there’s hope for everybody, “Believer” falls in line with the band’s overall mantra. “No matter what, there’s always going to be a silver lining at some point and you can look forward to that, ” Sanchez said. “That optimism can help anybody get through the hardest of times, and that’s what we were going through at the moment and it all came out very organically.”

American Authors’ debut album, Oh, What a Life (out March 4) takes a closer look at the struggle that the guys have gone through. On the song “Trouble” the band even attempts to switch gears, looking back at a relationship gone wrong. But with a banjo, a tambourine and a catchy chorus, the band somehow manages to put a positive spin on that situation, too.

“We come from all over and have different backgrounds and we just try to tell our story through every single song on the album, ” Sanchez said. “Each track really is a piece of our lives.”