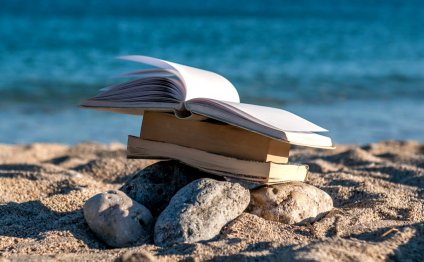 Icelandic author Ragnar Jonasson’s excellent debut novel, Snowblind, was widely praised for its distinctive blend of Nordic noir and golden age detective fiction. Nightblind (translated by Quentin Bates, Orenda Books, £8.99), also featuring police officer Ari Thor Arason and set in Siglufjörður, an isolated fishing village hard by the Arctic Circle, certainly lives up to the promise of its predecessor. Siglufjörður is enveloped in the darkness of winter when Inspector Herjólfur is shot while checking on an abandoned farmhouse in the middle of the night, and Ari Thor’s investigation soon becomes a stumble through another murky labyrinth of local politics and long-hidden family secrets. Told from several points of view – everyone has their own agenda, whether it’s building empires, escaping from abusive former partners or simply keeping shtoom in order to avoid trouble – this is an atmospheric portrayal of a claustrophobic place where everyone is connected. The device of interspersing the text with pages from a diary written on a psychiatric ward some 30 years earlier may seem crude, but Jonasson’s economical and evocative prose, as well as some masterful prestidigitation, more than compensate.

I’m Travelling Alone, the debut crime novel from Samuel Bjork (translated from Norwegian by Charlotte Barslund, Bantam Press, £12.99), is an overstuffed, unwieldy book, with an alarming proliferation of narrators passing the baton to tell the story of the investigation into a serial killer who is targeting little girls. The children are discovered hanging from trees, dressed in dolls clothing, with airline tags bearing the eponymous message hung around their necks. That said, there are two very appealing leading characters in the form of police officer Holger Munch, a “fat, amiable nerd” who dotes on his six-year-old granddaughter, and brilliant but disturbed profiler Mia Krüger. Although the plot suffers from an over-reliance on the latter’s intuitive leaps to get things moving, and there is an inevitability (given Munch’s granddaughter) to the fact that it all becomes personally focused, this is, nevertheless, a compelling novel, with plenty of intrigue and some splendid action sequences.

A pleasingly suspenseful mixture of legal thriller and whodunnit, Alafair Burke’s latest novel, The Ex (Faber, £12.99), introduces us to lippy, take-no‑prisoners New York City district attorney Olivia Randall, who receives a panicky phone call from the teenage daughter of her former fiance, Jack Harris, begging for help. Harris, whose wife was killed in a mass shooting three years earlier, has been charged with triple homicide, which the police are treating as a revenge attack because one of the victims is the father of the boy who shot his wife. For Olivia, representing Jack is a way to make up for the hurt she caused him in the past, but his alibi is flimsy and there is corroborating evidence, and she begins to wonder if he may, after all, be guilty. Burke’s writing has always been intelligent and often funny, and her female protagonists sharp and engaging – The Ex is her best yet.

Jodi Picoult best twis in novel due out next year.