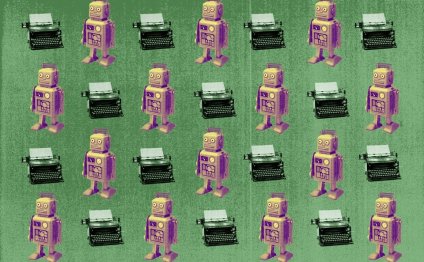 What are Contemporary novels?

Ugh. I still feel that clammy, feeble definition, flapping in my hand, gasping for breath. I pity the puny creature. May it swim the etherial seas, nibbling up more meaning, until it grows into something considerable. We'll fish for it again in a couple of pages, when it has more flesh on its bones.

Forget the fish for now. We're safe here, on solid ground. Breathe deeply; inhale the pine, the orange blossom, tendering natural bliss. Look at the forest all around us, stretching off into eternity. A soothing symphony for the eyes: pea green, tea green, sap green, sea green; moss, mint, myrtle, laurel, lime; apple, ivy, shamrock, sage, juniper; jade, emerald, viridian, harlequin... We discern more shades of green than any other color. These trees around us, and carpeting the valley below, they are all the prose that ever was.

What makes prose great? The question, like this forest, is too large to grasp. What makes a novel great? I spend a lot of time here, alone, wandering these woods. I've been pondering that very question. I have about twenty answers, but only three I'm sure of. A great novel needs at least three excellences: Plot, Characters and Style.

Style is the most fluid of these three, the hardest to define. Each tree we see here is the style of an author. Pick a tree, any tree. They all start from the same place. The fundaments of style are the roots, sucking up the water of clarity and the minerals of meaning. At ground level, Style is what Strunk & White teach: how to write in a clear and orderly fashion, so you can get your meaning across. Some authors radiate this. Orwell, Austen and Hemingway are never obscure, and never half-empty.

Style can grow much higher. Look at those redwoods, scraping at the belly of the sky: Joyce, Rushdie, Wallace and Woolf. Up in the canopy we marvel at the profusion, all the different fruits and flowers there. Even the leaves look distinct, from tree to tree. A myriad of shapes, so very many shades of green.

Every ambitious author wants to grow their own tree, a tree so fresh and fruitful that you and I, and many other wanderers, will come throughout the centuries to admire and enjoy the particular style they planted here. What gives a tree such unique beauty that it thrives for centuries? Harold Bloom has wandered and pondered these paths more than I have. In The Western Canon he responds to this question:

I have tried to confront greatness directly: to ask what makes the author and the works canonical. The answer, more often than not, has turned out to be strangeness, a mode of originality that either cannot be assimilated, or that so assimilates us that we cease to see it as strange...
When you read a canonical work for the first time you encounter a stranger, an uncanny startlement rather than a fulfillment of expectations. Read freshly, all that The Divine Comedy, Paradise Lost, Faust Part Two, Hadji Murad, Peer Gynt, Ulysses and Canto general have in common is their uncanniness, their ability to make you feel strange at home. Bloom is talking about the redwoods here. Not every tree can be that tall, nor should it. These behemoths are thrilling, and show us new vistas - but they wear us out, too. "Uncanny startlement" is an uncomfortable place to live. Still, it's hard to be an exceptional author without finding an original voice, and without at least reaching towards the bold azure sublime.

Is that always so, I wonder. What about Jane Austen? She has a skillful narrative voice, and an exquisite moral sensitivity, but she never sets my imagination on fire. However, she may be one of those Bloom mentions, "that so assimilates us that we cease to see it as strange." She does sound a bit like many other Romance novelists. The difference is, it was strange when she wrote it, for Austen invented the genre.

Now we're ready to fish again. If anyone has a considerable answer for our hook, it's bookgirl. Let's see what she had to say when she started this Contemporary Fiction Views series:

...subscribing to The New Yorker. This was during Mr. Shawn's last years as editor, and his tenure introduced me to a completely different world. Subscribing has been my lifeline to the greater world of ideas out there beyond my door, as I've never lived in a big city.

The fiction of that era was a magical introduction to contemporary literature. Cheever, Updike, Munro, Trevor - they whetted my appetite for exploring worlds not my own. Over time, stories such as Alice Munro's The Albanian Virgin and Carried Away awakened my belief in the power of fiction to put me in someone else's experience. Annie Proulx's Brokeback Mountain remains one of the strongest reading experiences of my life, and I'll be forever grateful to The New Yorker for publishing it. That final image of the two coats on one hanger made me gasp out loud, then bawl my head off. What love. What loss. What power...

That did it. I was hooked. And what a joy it has been to be addicted, because otherwise I would not have discovered:

Don DeLillo and the magnificent Underworld (especially that glorious opening sequence at the game where the Shot Heard Round the World was hit),

the sheer beauty in Michael Cunningham's The Hours and Martin Booth's The Industry of Souls,

Thursday thinks there are some awesome contemporary novels ...

This morning, we woke up to a poll over at Publisher’s Weekly‘s blog, PWxyz, asking readers to identify the Great American…