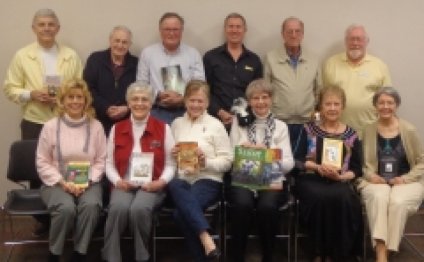 Inhale: Gasoline & Gunsmoke. 1994
Set during the 1992 Los Angeles civil unrest, this provides a behind-the-scenes look at the uprising of the oppressed in Los Angeles. It also is a story about the moral struggle of a father's resolve to protect his family.

The White Boy Shuffle. 1996
An adolescent African-American, growing up in West Los Angeles, has some interesting observations on contemporary society.

Singing in the Comeback Choir. 1998
TV producer Maxine McCoy has to juggle her job, her family and the care of her grandmother, a former singer.

Brothers and Sisters. 1995
An Afro-American woman must choose between loyalty to another Afro-American or another woman in a case of sexual harassment.

A Hundred Days From Now. 1994
A young African-American man falls in love with a man with AIDS.

The Trials of Nikki Hill. 1999
The murder of a beautiful TV personality draws African-American Assistant D. A. Nikki Hill into a terrifying web of dark and bizarre secrets, a dangerous street gang, legal corruption, and an old case that is coming back to haunt her.

It's Not a Pretty Sight: An Aaron Gunner Mystery. 1996
Sticking his nose into other people's business is what Los Angeles private investigator does best, but one of the few times he refused to do so, a pretty lady ended up dead.

If He Hollers Let Him Go. 1971
A Black shipyard foreman contends with the prejudice of his White fellow-workers during World War II.

Caught Up in the Rapture. 1996
Two young people vie for success in the pop music business.

Where to Choose. 1999
African-American lawyer Carole Anne returns to LA from Washington to help the residents of a multiracial community after a series of beatings and murders takes place

Walkin' the Dog. 1999
Nine years after being released from prison, ex-convict Socrates Fortlow is struggling to rebuild his life - with a girlfriend, a steady job, and a pet - but his effort to maintain his principles and do the right thing is complicated when the police make him their prime suspect for every neighbor hood crime.

Always Outnumbered, Always Outgunned. 1997
After twenty-seven years in prison, Socrates Fortlow now lives in an abandoned building in Watts, scavenging bottles and delivering groceries for a supermarket. Socrates explores philosophical questions of mortality in a world beset with crime, poverty, and racism.

A Little Yellow Dog: An Easy Rawlins Mystery. 1996
Easy has settled down to a quiet respectable life, but murder intervenes.

Black Betty: An Easy Rawlins Mystery. 1994
Easy is hired to find Betty who has disappeared.

A Red Death. 1991
Easy gets mixed up in the political problems of 1950s Los Angeles

Violent Spring. 1994
When the body of a murdered Korean liquor store owner appears at the ground-breaking for a shopping mall at Florence and Normandie, Ivan Monk steps in.

Everybody Smokes in Hell. 1999
Paris Scott, a hapless young loser trying unsuccessfully to make it in Hollywood, finds his life descending into complete mayhem when the last master tape of a rock star who recently committed suicide and a fortune in stolen drugs fall into his hands.

Love is a Racket. 1998
When a down and out scriptwriter meets a beautiful homeless woman he sees a last chance for love and an opportunity for a great scam.

Inner City Blues. 1999
In the midst of the Los Angeles riots, Detective Charlotte Justice, one of the very few black women in the LAPD, delves into the shooting of a former radical by an African-American doctor.
Source: www.colapublib.org