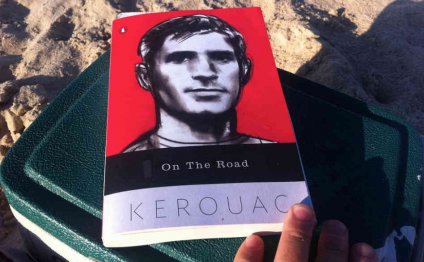 This list is a composite of four earlier lists compiled by the Modern Library, the Library Journal, Koen Book Distributors, and students of the Radcliffe Publishing Course, each of which purports to identify the best twentieth century fiction written in English. It was compiled in hope of arriving at a more comprehensive view of what the century's best fiction actually is. For more on the genesis of this project, see the column I wrote about it for the now defunct web journal Calliope.

The present list is a thorough revision of the version originally posted in 1999, essentially constituting a new edition of this work. It utilizes an improved ranking system that more faithfully represents and reconciles the rankings of the source lists. My appreciation to John Young for demonstrating the deficiencies in the system previously used.

Together the four source lists feature 253 different titles. Thirty-two of these are excluded from this composite version for various reasons (published prior to the 20th century, not novels, not fictional works, not originally written in English), but this still leaves an impressive 221 works to represent the best of the century. The sources provide different selections of titles as well as giving different ratings to those they share in common, but also display a broad degree of consensus. Twenty-four titles in the composite list are common to all four sources, thirty-one are common to three and sixty-one are common to two. Thus, there are 116 "best" works on which there is at least some agreement, as opposed to 105 that stand alone.

Part of the apparent consensus may be due to copying. Undoubtedly the Modern Library list, the first to appear, had some influence on the later lists, all of which were issued in response to it. Yet there is also evidence of agreement on a deeper level. For instance, the Library Journal and Koen lists, apparently compiled independently, show broad agreement in their top titles and rankings.

This is not to imply that the sources lack flaws and biases. Indeed, their failings prompted the compilation of the present work. Details on these are provided in individual discussions of each source. Generally, the flaws consist of

The current composite list attempts to reconcile the ratings in the sources and cancel out their biases. In this regard, I believe it an improvement over its predecessors. I have not presumed to add additional works, feeling the sources' large-scale efforts will have picked out the truly worthy better than I or any other single person could.

My listing includes most titles from the source lists, ranked according to their cumulative weight in the sources. As noted above, works translated from other languages, non-twentieth century works, and nonfictional works are excluded. Other divergent works, such as series, trilogies and collections, were allowed to remain, as some at least can validly be regarded as single works.

Qualifying titles from the source lists were re-ranked in a manner that both reflects the sources' rankings and rewards appearance in two or more sources. Details about the method used are provided in the explanation of the ranking system.

A prime feature of the composite list is to show what source lists a given work appears in and how each ranked it, as well as its ranking in the current list. For further information on the data included, see the column key.

I owe particular thanks to

The Best movies of the 20th Century

“Best of” lists are strange and silly things, particularly in the realm of books: as prize shortlists prove time and time…