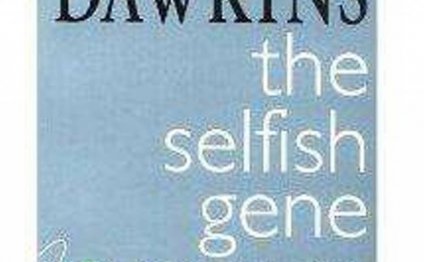 One of the fun things about being a novelist is inventing names for your characters. You can let your imagination run free, stripped of caution and compromise. But what happens when you have to choose a pen name? Suddenly, it's personal and heartfelt, challenging your identity and family history. Last year I had a meeting with a publisher at Hodder who wanted to buy my debut thriller. It was all going fantastically well. She was talking about the company's plans about how they would market and brand me. "There's one problem, " she said. I froze, worrying that there was a plot issue I had overlooked. She looked uncomfortable. "Don't take this the wrong way, but it's your name. It's just not right. We need to change it. Your first name and your surname, I'm afraid." Ouch.

We may spend our lives escaping our parents and their influence, carving out our own identities, but our name is given to us and most of us never change it. Even if women marry, they have no choice over the surname they take. Alison Potter had served me perfectly well for about 40 years, until now.

But we live in an age of search engines, algorithms and crowded markets; it's a fight to be seen. Sharing a surname with Harry Potter, the most successful book and film franchise of recent times, and Beatrix Potter too makes life harder for a writer trying to carve out her own space. But I was dealing with more than that.

Age and class are nebulous things, but they are powerful. I never thought of Alison as indicating very much at all: its not unusual; it's not a Greek goddess or a city in eastern Europe or a wine, and it's not a noun turned into a name so beloved of pop stars (Cello, Tiger, Peaches) – but that's the problem. It's boring. It's safe, dependable, middle-of-the-road. And for a thriller writer, that's fatal. Our job is to entertain, excite and captivate the reader, and that starts with the front cover.

And there's another problem. I've never met an Alison who was born after 1972. It has, like a lot of names, become the Vera and Joan of yesteryear. It's middle-aged. Marketing books is just like marketing cereal or face cream or tights: image is important, and middle-aged just won't do.

So I set about finding a pen name. Literary novelists almost never change their names, but at the commercial end of the market authors are doing it with increasing frequency. I knew I was in good company: Lee Child, John le Carré and Nicci French are just a few pseudonyms used by thriller writers, but it was harder than I imagined.

I had the most trouble with a new Christian name, it felt like I was cutting out the guts of who I was. I wanted something short and memorable – it had to be Ali.

I began to trawl my family for surnames. My partner's name is Upstone. I suggested Ali Stone to my editor. "Too heavy, " she said. "You could use Rock, " my agent suggested. "Too Outer Hebrides, " was the reply.

The problem is that all names conjure up other people and they are intensely personal. "Ians are always ginger, " a friend said emphatically. Another added: "You need to think what the name means in other languages." It felt as complicated as rolling out a new car launch across multiple territories.

"Position on the shelves is a consideration, " Mays said. "It's better not to be a W or a Y, and A is not that helpful either. It's all about making it as easy as possible for the buyer. No bending down or stretching." She paused. "Though Minette Walters is of course the exception to the rule."

In the end, quality will out, they say. But the right name can certainly help.

Having exhausted every family name I wrote down a shortlist of around 10, mainly collected from my regular runs through the local graveyard and film websites. In the end we chose Knight. It sounded strong and confident, it felt "crimey". It tied me to my genre.

Black and White {and everything in between} | tempting thyme