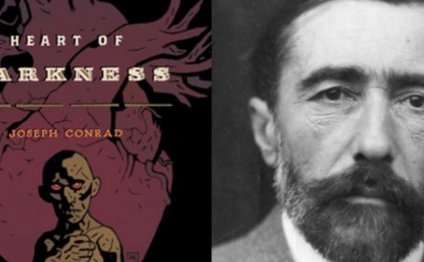 The American short story writer O. Henry (1862 - 1910) was born under the name William Sydney Porter in Greensboro, North Carolina in 1862. His short stories are well known throughout the world; noted for their witticism, clever wordplay, and unexpected "twist" endings.

Like many other writers, O. Henry's early career aspirations were unfixed and he wandered across different activities and professions before he finally found his calling as a short story writer. He started working in his uncle's drugstore in 1879 and became a licensed pharmacist by the age of 19. His first creative expressions came while working in the pharmacy where he would sketch the townspeople that frequented the store. The customers reacted warmly to his sketches and he was admired for his artistry and sketching skills.

O. Henry moved to Texas in March of 1882 hoping to get rid of a persistent cough that he had developed. While there, he took up residence on a sheep ranch, learned shepherding, cooking, babysitting, and bits of Spanish and German from the many migrant farmhands. He had an active social life in Austin and was a fine musician, skilled with the guitar and mandolin. Over the next several years, Porter - as he was still known - took a number of different jobs, from pharmacy to drafting, journalism and banking.

But banking in particular was not to be O. Henry's calling; he was quite careless with his bookkeeping and may have crossed some ethical and legal boundaries. In 1894, the bank accused him of embezzlement. He lost his job but was not indicted. He was always a lover of classic literature, and while pursuing these other ventures, O. Henry had begun writing as a hobby. When he lost his banking job he moved to Houston in 1895 and started writing for the The Post, earning $25 per month (an average salary at this time in American history was probably about $300 a year, less than a dollar a day). O. Henry collected ideas for his column by loitering in hotel lobbies and observing and talking to people there. He relied on this technique to gain creative inspiration throughout his writing career; which is a fun fact to keep in mind while reading a story like Transients in Arcadia.

O. Henry's prolific writing period began in 1902 in New York City, where he wrote 381 short stories. He wrote one story a week for The New York World Sunday Magazine for over a year. Some of his best and least known work is contained in Cabbages and Kings, his first collection of published stories, set in a central American town, in which sub-plots and larger plots are interwoven in an engaging manner. His second collection of stories, The Four Million, was released in 1906. The stories are set in New York City and the title is based on the population of the city at that time. The collection contained several short story masterpieces, including The Gift of the Magi, The Cop and the Anthem, and many others. Henry had an obvious affection for New York City, a reverence that rises up through some of these stories.

O. Henry's trademark is his witty, plot-twisting endings, and his warm characterization of the awkward and difficult situations and the creative ways people find to resolve them. His most famous short story, The Gift of the Magi, epitomizes his style. It's a story about a young married couple, short on money, that wishes to buy each other Christmas gifts. That problem - their lack of funds - finds a famously endearing and ironic resolution.

The Cop and the Anthem is about A New York City hobo with a creative solution for dealing with the cold city streets during winter. Another story, A Retrieved Reformation, is about a safecracker Jimmy Valentine, fresh from prison, whose life takes an unexpected turn while casing his next crime scene. The Ransom of Red Chief, a story about two hapless kidnappers that snatch the wrong boy. All of these stories are highly entertaining, they are read for pleasure and in classrooms around the world.

In 1952 Marilyn Monroe and Charles Laughton starred in O. Henry's Full House, a film featuring five stories of O. Henry's short stories. The film included The Cop and the Anthem and four other O. Henry stories: The Clarion Call, The Last Leaf, The Ransom of Red Chief (starring Fred Allen and Oscar Levant), and .

Unfortunately, O. Henry's personal tragedy was heavy drinking and by 1908 his health had deteriorated and his writing dropped off accordingly. He died in 1910 of cirrhosis of the liver, complications of diabetes, and an enlarged heart. The funeral was held in New York City, but he was buried in North Carolina, the state where he was born. He was a gifted short story writer, and left us a rich legacy of great stories to enjoy.