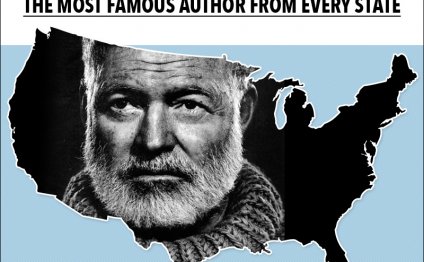 Our state has produced some great and serious authors (most notably Sherman Alexie and Richard Brautigan), and some very popular, mass-market writers (including romance novelist Debbie Macomber, Dune author Frank Herbert, and rabble rouser Glenn Beck). But they chose a guy who writes guidebooks. I suppose if it was based on titles in print (67) or ongoing sales (about a million a year), it might make sense to pick me...but certainly not for "literature." Still, I will willingly join the ranks of other states' most famous writers, from Herman Melville (New York) to Mark Twain (Missouri).

In my defense, I believe that, out of the 51 writers named, I'm the only one who's designed a series of phrase books, assessed the flamenco options in Sevilla, laid out a pub crawl in Venice, collected a listing of coffeshops where older travelers might enjoy a joint in Amsterdam, discussed the morality of stealing lunch from your guesthouse's breakfast buffet, or explained how to enjoy the Vienna Boys Choir without buying a ticket.