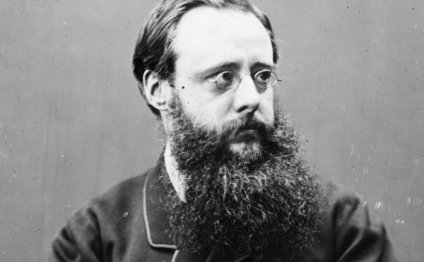 Jane Austen is loved mainly as a charming guide to fashionable life in the Regency period. She is admired for portraying a world of elegant houses, dances, servants and fashionable young men driving barouches. But her own vision of her task was radically different. She was an ambitious – and stern – moralist. She was acutely conscious of human failings and she had a deep desire to make people nicer: less selfish, more reasonable, more dignified and more sensitive to the needs of others.

Born in 1775, Jane Austen grew up in a small village in Hampshire where her father was the Anglican rector. They had quite a high social status but were not at all well-off. She started writing young: at only twenty-one she had a novel turned down by a major publisher. During most of her adult life, Britain was at war with Napoleon. Two of her brothers became admirals. She did much of her writing at a tiny octagonal table. She was a very good dancer and very interested in being well-dressed. She was neat, elegant and lively. She never married, though on a couple of occasions she was tempted. Mostly she lived in pleasant small houses in the country with her sister Cassandra.

The novel was her chosen weapon in the struggle to reform humanity. She completed six: Northanger Abbey, Pride and Prejudice, Sense and Sensibility, Mansfield Park, Emma, and Persuasion.

Some of the main things she wants to teach you are:

One: Let your lover educate you

In Pride and Prejudice, Mr Darcy and Elizabeth Bennet start off heartily disliking each other and then, gradually realise they are in love. They make one of the great romantic couples. He is handsome, rich and well connected; she is pretty, smart and lively. But why actually are they right for one another?

Jane Austen is very clear. It’s for a reason we tend not to think of very much today: It is because each can educate and improve the other. When Mr Darcy arrives in the neighbourhood he feels ‘superior’ to everyone else, because he has more money and higher status. At a key moment, Elizabeth condemns his arrogance and pride to his face. It sounds offensive in the extreme, but later he admits that this was just what he needed:

What did you say of me that I did not deserve? … The recollection what I then said, of my conduct, my manners, my expression is inexpressibly painful to me. Your reproof, so well applied, I never shall forget. You taught me a lesson, hard indeed at first, but most advantageous. By you I was properly humbled.

Elizabeth shares this view of love as education. They suit each other because:

It was a union that must have been to the advantage of both; by her ease and liveliness, his mind might have been softened, his manners improved; and from his judgement, information, and knowledge of the world, she must have received benefit of greater importance.

It’s a lesson that sounds strange because we still tend to think of love as liking someone for who they already are, and of total acceptance. The person who is right for us, Austen is saying is not simply someone who makes us feel relaxed or comfortable; they have got to be able to help us overcome our failings and become more mature, more honest and kinder – and we need to do something similar for them.

In Pride and Prejudice, Darcy and Elizabeth improve one another and then the novelist lets them get engaged. The story rewards them because they have developed well. That’s why the novel feels so beautifully constructed. It’s not merely ingenious. It illustrates a basic truth: marriage depends on maturity and education.

Two: We shouldn’t stop judging people; but we have to judge more carefully

Mansfield Park starts when quiet, shy Fanny Price goes to live with her much richer cousins, the Bertrams at Mansfield Park, their big house in the country. The Bertrams are smart, fashionable, confident and well-off. In social terms they are stars and Fanny is a very minor character indeed (her cousin Julia looks down on her because she doesn’t know where the different European countries are). But Jane Austen judges people by a completely different standard.

Austen exchanges the normal lens through which people are viewed in society, a lens which magnifies wealth and power, for a moral lens, which magnifies qualities of character. Rather than focus on who has the nicest dress, the best carriage, or the most servants, she examines who is vain, selfish or cruel; who has integrity, humility and true dignity.

Through this lens, the high and mighty may become small, the forgotten and retiring figures may grow large. Within the world of the novel, virtue is spread without regard to material wealth: the rich and well-mannered are not (as in the dominant status schema) immediately good nor the poor and unschooled bad. Virtue may lie with the lame ugly child, the destitute porter, the hunchback in the attic or the girl who doesn’t know the first facts of geography. Certainly Fanny has no elegant dresses, has no money and can’t speak French – but by the end of Mansfield Park, she has been revealed as the noble one, while the other members of her family, despite their titles and accomplishments, have fallen into moral confusion.

Jane Austen is not the enemy of status. She just wants to see it properly distributed and at the end of her novels it always is. Fanny is raised up, and will become the mistress of Mansfield Park. Her selfish, empty-headed cousin Julia, is disgraced.