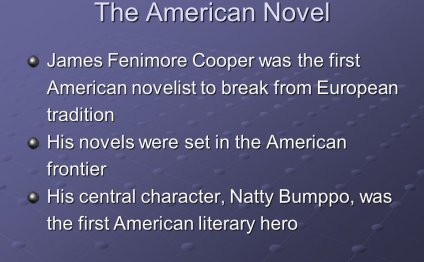 Scratching your head? These seem like they should be easy questions to answer, or at least debate. But they often elicit confused looks. When I ask friends, I can see them dialing back, in their heads, through the timeline of American literature, past Mark Twain to Nathaniel Hawthorne to Edgar Allan Poe, maybe to Washington Irving or James Fenimore Cooper and then, well, where, exactly? What about that murky period around the Revolution? Did any Americans write novels back then?

There were indeed American writers penning novels before the nineteenth century, and one, Charles Brockden Brown, has been dubbed America’s first professional writer. His first book, Wieland; or, The Transformation: An American Tale, may be the nation’s first significant novel. It was published in 1798, and was lauded by William Wordsworth, Samuel Taylor Coleridge, and Mary Shelley. That British Romantics even read an American novel is startling, shattering assumptions that literary influence flowed only westward over the Atlantic then. The most recent Modern Library edition of Wieland contains blurbs by John Keats (“very powerful”) and William Hazlitt (“Brown was a man of genius”). The sheer existence of these quotes creates a certain cognitive dissonance.

Being startled and feeling a bit of historical vertigo is a common reaction not only to learning about Brown but also to reading his masterpiece, Wieland. It is a profoundly odd novel featuring spontaneous combustion, ventriloquism, brutal murders, and psychological depravity. Wieland may be one of the most overlooked novels in the American literary canon, and the reason it’s overlooked is because it is very hard to get one’s head around. It is that strange.

How does one read a novel about a faithful family man who murders his wife and five children and an Irish interloper who can mimic and project human voices that was published when John Adams was president?

The author too was strange, at least in the sense that he fits uneasily into scholarly summations. He so resists easy understanding that his critics often end up treating him like a literary text, or an ambiguous, interpretive puzzle. As Leslie Fiedler wrote: “From the beginning . . . it has been hard to describe Charles Brockden Brown without seeming to compose a poem on a symbolic subject.” Fiedler created his own such poem in this one-sentence biographical sketch:

That he tried the impossible and that he failed; that he had disavowed his own art before his untimely death of tuberculosis at the age of thirty-nine; that he hardened from a wild disciple of the Enlightenment, a flagrant Godwinian (“Godwin came and all was light!”), into a pious conservative; that he drew his inspiration from loneliness and male companionship, and that he ceased to be a creative writer when he married; that over his whole frantic, doomed career, the blight of melancholy presides.

In the decades since Fielder’s comment, the critical head-scratching has continued, though the reasons for our confusion have changed. In his monograph, Charles Brockden Brown’s Revolution and the Birth of American Gothic, Peter Kafer calls him a “biographical and historical mystery.” The editors of Revising Charles Brockden Brown mention that Brown is often described as an “anomaly” and a “curiosity” by others, but then continue in a similar vein, asserting he was “less a ‘single author’ than a medium.”

He was vexing to his contemporaries as well. His friends called him “obscure & unintelligible.” Fiedler quotes the painter Thomas Sully who said of Brown shortly before the writer’s death:

It was in the month of November—our Indian summer—when the air is full of smoke. Passing a window one day I was caught by the sight of a man, with remarkable physiognomy, writing at a table in a dark room. The sun shone directly upon his head. I shall never forget it. The dead leaves were falling then. It was Charles Brockden Brown.

Not surprisingly, even Brown was mystified by himself. His mood while writing was so magical and odd he feared it would take him “a greater distance from the tract of common sense than I am at present desirous of being.” To a friend he wrote, “To comprehend one’s own character is sufficiently hard. . . . I am no longer master of myself—I weep involuntarily. . . . I am no more—I must relinquish my pen and fly from myself.”

So who was America’s first professional writer? He was born in Philadelphia in 1771 of Quaker stock. His father, Elijah, was expelled from Quaker meetings for nonpayment of debts when Brown was young, and in 1777 Elijah was banished from Philadelphia after he appeared on a list published by the Continental Congress’s ad hoc Committee on Spies, headed by John Adams. The committee had been charged to name those “dangerous to the State who ought to be arrested.” Those rounded up were sent to Virginia. The group was split between Tories and Quakers. Brown seems to have been included not because he was an important or threatening man, but because he had been selling goods requisitioned for the army in an attempt to get out of debt.

In late 2013, a reporter at the New York Times made a startling observation: that Wikipedia had gradually started removing…