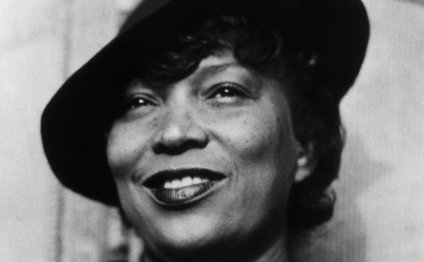 Helen Oyeyemi’s new short-story collection, “What Is Not Yours Is Not Yours, ” illustrates the necessity and power of private, written confessions. Credit Illustration by Hanna Barczyk

Growing up, I was close to all the women in my family, particularly my mother. But our closeness depended on an unspoken understanding that we each, from time to time, needed to be left alone to deal with our own selves. My room was the sanctuary where, away from the cacophony of life and the loud-talking relatives downstairs, I could learn how to define myself before the world did it for me. My mother and I both kept stacks of journals, but we neither meddled in each other’s diaries nor expressed the desire to do so. I wrote in them only when I was infatuated or heartbroken, and, for years, I thought my mother kept her journals to remember relatives’ telephone numbers, mailing addresses, and birthdays. It never occurred to me that she, too, was building and protecting a sense of self, until I asked her about it, just recently, after reading a short story. “It was a way to get my feelings out, ” she told me, without feeling vulnerable to someone else. Diary writing for her was “like having a conversation, ” she said, but with herself.

The story that prompted the question was the last in Helen Oyeyemi’s new collection, “What Is Not Yours Is Not Yours.” The story is called “if a book is locked there’s probably a good reason for that don’t you think.” The title is lowercase, and there is no question mark, perhaps to signal to the reader that the remark in the title is not looking for a response. The protagonist’s name is Eva; early on, the narrator informs the reader that Eva is black. At the data-analysis company where Eva works, her reticence draws in her co-workers, whose races the reader never learns. Eva never chats or goes to lunch with her colleagues, and, despite their prying, she never tells them anything about her personal life. One of the women in the office is so drawn to Eva that she begins to dress like her. When Eva turns down a fourth invitation to lunch, one of Eva’s colleagues says to her, “Just tell people you’re a loner. That’s what I did, anyway.” “Oh, ” Eva replies, without taking her eyes off her computer screen, “ … I’m not a loner.” Eva’s colleagues eventually turn on her and deem her uppity and pretentious; one day, someone in the office steals the diary. We never learn who.

By giving us Eva’s race and no one else’s, Oyeyemi, who was born in Nigeria and was raised in London and published her first novel when she was twenty years old, makes a striking and, I suspect, deliberate point about race in Anglophone literature, where whiteness remains the default demographic, the identity that so often goes unnamed, uncommented upon. Oyeyemi, in her writing, frequently returns to the ways that our physical selves shape how others see us. “I’m interested in any scenario in which something you think you know about someone, based on his or her appearance, turns out to be utterly wrong, ” she told an interviewer in 2014. When reading the story of Eva, one assumes, probably safely, that Eva’s co-workers are white. (There are ambiguous clues: one of Eva’s colleagues, for instance, has a grandmother who “made it out of a fallen Communist state.”) Eva strives to maintain her private self in this otherwise-white space by saying little and protecting her diary.

The black feminist sociologist Patricia Hill Collins has argued that black women resist dehumanization from the dominant culture by learning to define themselves in the face of mental frameworks that would classify them as “the other.” This makes them, in many contexts, “outsiders within, ” Collins writes. In Oyeyemi’s short story, we see how precarious that can be: with her locked diary, Eva protects herself from being pried open and objectified; her co-workers, by plotting to steal her diary, threaten her mind, a more insidious tactic than trying to subjugate her body.

After finding a note by the office printer—“RESIGN & GET THE DIARY BACK”—Eva leaves her job. When the diary mysteriously turns up near the office coffee machine, one of her colleagues volunteers to return it to Eva. When she returns the diary, she assures Eva that she never read what was inside. Eva says, “So you still think that’s why I locked it?” The story ends.

If Eva didn’t lock her diary to keep strangers from reading it, then why did she? Oyeyemi seems to suggest that it’s not our business to ask why. Not everything has to be figured out about this black woman—that secrecy is a form of power. What is not yours is not yours.

“If you’re trying to understand why a woman would have a locked diary and why she wouldn’t want its contents revealed, you have the answer in the diaries of Alice Dunbar Nelson and Ida B. Wells, ” the English professor Mary Helen Washington told me recently, when I asked her about Oyeyemi’s story. Washington wrote the foreword to “The Memphis Diary of Ida B. Wells, ” published in 1995. (“Every woman who has ever kept a diary knows that women write in diaries because things are not going right, ” her foreword begins.) When she began working on the Wells diary, Washington told me, she was interested in the revelations to be found there that weren’t in Wells’s published writings—her investigative journalism about lynching and her speeches about racism and equality. In her diary, Wells describes her financial difficulties and her romantic missteps. “I think of the diary as something like the Clearing in Black religious culture, ” Washington writes in the foreword, “a place where, physically and psychologically, Black people felt free to speak in a setting outside the boundaries of the official church, a private sanctuary where one’s truer self is affirmed and authorized.”

In other words, the boundaries of a black woman’s social life are many and varied. Alice Dunbar Nelson, who had been married to the famous black writer Paul Laurence Dunbar, wrote in her diary of her lesbian and other extramarital affairs. One of the fears that many black women writers have historically had is that if they reveal too much of their intimate lives, it could reflect badly, not only on themselves but on the black community. In addition to matters of romance and money, these earlier diaries of black women are filled with confessions about strained familial relationships, and personal demons and insecurities.

What Oyeyemi does, in her story, is illustrate the necessity and the power of such private, written confessions. She’s not the first writer to do so: Alice Walker’s 1973 collection “In Love & Trouble” includes a story titled “The Diary of an African Nun, ” which gives us the private thoughts of a black nun working among white people in Uganda. Walker’s tale is written in the first person, and it does not give us the protagonist’s name. But we see this nameless woman struggling to retain her African culture while assimilating to her white-Christian livelihood. Like Eva, she finds herself surveilled by her white colleagues, who exoticize and belittle her. “How to teach a barren world to dance?” she asks herself in the diary. “It is a contradiction that divides the world. My mouth must be silent, then.” Silence allows the nun to exist in a kind of liminal space, where her identity can be as complex as she wants it to be. In the diary, her public self, as a pious woman, meets a more private self, one that is unsure and disillusioned about her place in life.

The Black Stallion, known as the Black or Shêtân, is the title character from author Walter Farley s bestselling series about…