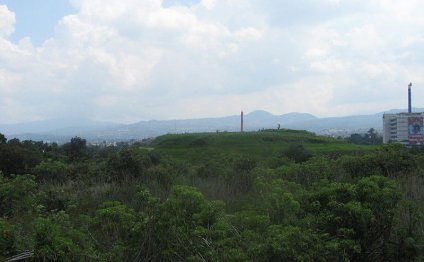 A quick note: the following 10 novels will not appear on this list. It’s not your list. You might think these are great. I think they are overrated, whether because they are simply badly written (The Historian, The Memory Keeper’s Daughter), pretentious McSweeney’s-esque prattle (Absurdistan, Special Topics in Calamity Physics, Everything is Illuminated), boring (Life of Pi), overrated due to serious subject matter (Lovely Bones), well written but uninteresting (Bee Season, Wickett’s Remedy), or fatally flawed due to oversimplification of a truly horrid situation (The Kite Runner). They’re not here so don’t ask for them. While I am at it, I should add a few more: A Visit from Goon Squad (an utter mess), The Brief Wondrous Life of Oscar Wao (even being part of its target audience I hated it), The Finkler Question (simply awful). Those are more recent prize-winning novels that also aren’t here because I couldn’t stand them. Also not here are the Thursday Next books by Jasper Fforde, which are fantastic, but, like Douglas Adams, not quite great writing, or the Jump 225 Trilogy, which I love and was written by a friend of mine, but isn’t quite up there. I have done away with the English language requirement for this list, because my previous list was done to Modern Library standards to match up against their list. Only two of these are foreign language novels anyway.

Before I get to the list, I feel I should point out that it’s now up to 29 35 books. That’s because I have added some updates over the last couple of years and didn’t feel the need to delete the books at the bottom of the list.

Actually, let me add to that last little paragraph, which was written in 2010. At the time I was just doing some additions. This time I have actually changed the title of the list. Why change the title and not just do a whole new post? Because I am proud that people keep finding this list and I like all the conversations that the comments have inspired. So, I decided to up it to 35, add six more books and go with that. To that end, I had to cut some books I considered, including The Sense of an Ending, The Marriage Plot, Wolf Hall, 1Q84 and even The Casual Vacancy (yes, I thought it was very good – a modern Thomas Hardy). But something interesting came to me as I was doing the additional titles: five of the six of them were written by females and three of them were first novels. So let’s be glad for some new blood getting out there and getting noticed (at least by me).

35 – Portrait of an Artist as an Old Man (Joseph Heller)

He set the literary world on notice with Catch-22 and then waited until he was dead before he finally released his second best book. Overlooked, as many posthumous novels are.

Going back to the science fiction ideas that fed into her dystopian masterpiece, A Handmaid’s Tale.

This is vintage Pynchon, somewhat of a cross between Crying of Lot 49 and Raymond Chandler, a kind of stoner-detective-noir with a detective who is a bit like Dirk Gently. Like much of Pynchon, it is full of cultural references, but it flows much more smoothly than any of his books have in a long time. This will also be counter-balanced by Bleeding Edge, which comes out in September and in some ways is a New York version of the same kind of story, though this is better than the new book.

31 – The Golem and the Jinni (Helene Wecker)

Australia’s master novelist explores the legendary outlaw who is Australia’s Billy the Kid.

Very well written, though a novel completely devoid of anything even resembling a likeable character.

A fantastic vampire book that is also so much more than that. I greatly enjoyed introducing this at an event at the Booksmith. The first book of a trilogy, the third of which will probably be out in 2014.

My favorite is Half Blood Prince, but this is the best as she moves away from the “school year at Hogwarts” formula, that includes truly terrifying moments, truly wonderful moments, and one moment that made my wife wake me up in the middle of the night, crying, the first time she read it.

A bit uneven at times, but so well written, and the opening scenes in Greece are so fascinating.

Gets overshadowed by the fact that she’s written the two best short story collections since Dubliners, but this is a great first novel.

Some of the most wonderful fiction in English is by American writers. In this course we shall study five key novels of the…