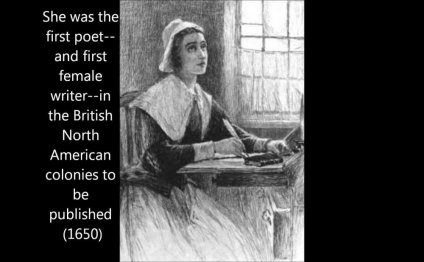 The Puritans were a group of Protestants in England during the 16th and 17th century who founded their reforming movement due to their dissatisfaction with the 1558 settlement under Queen Elizabeth I which reformed the Church of England following the reign of her half-sister, the Catholic Mary I. At first, Puritans were devoted to religious matters only. But many senior Puritans became politically active and were prime movers in the challenge to the monarch, Charles I, by Parliament that led to the English Civil War (1642 to 1649), and some of them came to power, notably Oliver Cromwell, the Huntingdon MP and general in the Parliamentarian army who became the Lord Protector of England, Scotland and Ireland after the king's execution.

Many 17th century Puritans were deeply unhappy with the state of England and emigrated to the New World. From the 1630s onwards, many settled in New England and established the Massachusetts Bay Colony, which grew rapidly.

Puritan views were adopted by the congregations not only in New England, but also in the Netherlands, Wales and Ireland. Puritans were calling for purity of worship and personal piety. They believed that Christ was the only head of the church and they denied the monarch's supremacy and divine right to rule.

Puritans excluded decorations such as candles and images from their churches and rituals, placing greater emphasis on scripture and preaching. They refused to celebrate traditional holidays, including Christmas, which they considered to be in conflict with their principles. Puritans were well-educated, founding a number of schools and colleges, and they insisted that their children should get quality education.

Their literature consisted of prose or poetry. Because of their Puritan values, they disapproved of plays and dramas, and under Cromwell many of London's theatres, including those founded by William Shakespeare, which had been so popular in the Elizabethan era, were ordered to be closed.

Puritan poetry concerned mainly topics related to the unworthiness of the humankind before God, the uselessness of possessions and the vulnerability of vanity. Ann Bradstreet and Michael Wigglesworth were prominent Puritan poets. Bradstreet's poems were dedicated to real life events. For instance, she described a fire that destroyed her home and wrote about the volatility of material possessions. She also expressed her inner fight after the loss of some of her grandchildren. Wigglesworth, in turn, concentrated his poems on the Judgment Day.

Puritan prose was focused on theological issues. Well-know Puritan writers Jonathan Edwards and Cotton Mather wrote mainly histories and sermons. Edwards is most famous for his Sinners in the Hands of an Angry God sermon, while Mather became popular with the Magnalia Christi Americana and The Wonders of the Invisible World. He is considered one of the fathers of literary criticism in America.

John Cotton and John Winthrop were among the first American Puritans who emigrated from England to the New World. Puritan writers also included Thomas Adams, Richard Baxter, James Durham, Samuel Rutherford, Thomas Shepard and Thomas Goodwin. These writers sought to glorify God. They wrote about politics and religion idealistically, though they pretended to be painting life realistically. Their society trusted plain speech as shown by William Bradford, who stressed on "plain style, with singular regard to the simple truth in all things."

As with their homes and churches, Puritan writers viewed ornate writing style as full of unnecessary adornments, while "painted sermons, " were view to be an abomination. They used to stick to the simple, plain and orderly style, but implemented many techniques from the Bible like parables and analogies, similes and metaphors. Edwards was considered one of the greatest American literary artists. He shared common philosophical values with contemporaries Isaac Newton and John Locke. Edwards combined his knowledge of science and philosophy into writing religious literature.

Another important representative of Anglo-American literature from the colonial period was Benjamin Franklin, who created a connection between the late colonial period and the early years of nationalism. Franklin wrote Dogood Papers in 1722, which acquainted a new generation with the ethical legacy of Puritanism.

Some scholars trace this Puritan legacy all the way through another 100-plus years to Abraham Lincoln. Many claim that Puritanism, as well as influencing American culture and politics, was the basis for American democracy.

the lifestyle group law science coffee tables near me park et al 2017 coffee with me history of astronomy worksheet vogue magazine hair trend health astronomy topic 4 a coffee coffee is not for me what is the lifestyle style women's fashion what is science all about astronomy articles 2018 my coffee day what does science joe haircut coffee near me open late latest hairstyles for black women astronomy 100 american lifestyle more than just coffee step in the scientific method
Source: www.questia.com