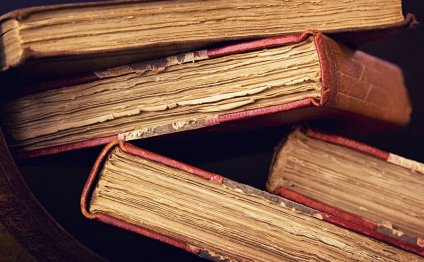 When a work of fiction or nonfiction captures the attention—and wallets—of American readers, it speaks volumes about the nation's cultural climate.

But there is more to America's great best-selling books than the sales figures they rake in. American bestsellers also offer us ways to appreciate and understand particular periods of American culture.

The 24 lectures of Great American Bestsellers: The Books That Shaped America give you a pointed look at key best-selling works and their places within the greater fabric of American cultural history. Guided by award-winning Professor Peter Conn of the University of Pennsylvania, you explore representative bestsellers at various stages of American history, from the first book published in the English-speaking New World to the blockbuster authors who dominate the 21st-century publishing industry.

The result is an expert look at the evolution of American culture—its tastes, its hopes, its dreams—through the unique lens of the books that have captivated its readers at various points in American history.

What Bestsellers Reveal about America

Throughout America's storied history, thousands of books have claimed the term "bestseller" in one form or another. The 22 works selected for Great American Bestsellers, however, were chosen for the wealth of information they provide about both the concept of American bestsellers and the larger scope of American culture.

Every work in this course, from literary masterpieces (The Adventures of Huckleberry Finn) to enduring self-help books (How to Win Friends and Influence People), has had a crucial and unique impact on American society. Studying these representative works gives you a deeper understanding of how American literature can both mirror the events of its time and interact with—and in many instances impact—them.

Professor Conn shows you how the works in this course have performed many functions in American culture:

Professor Conn also notes that, despite the level of their literary merit, most of these bestsellers are exceptionally entertaining to read.

His lectures unpack the plot, themes, and critical issues of a particular American bestseller. He takes care to inject each lecture with a pointed analysis that proves each work's importance within the larger fabric of American culture—and frequently draws insightful connections between bestsellers from different genres and time periods in American history.

As you travel chronologically through this rich sampling of American bestsellers, you encounter moments in American literary history that speak to the rise and prominence of specific genres. Bestsellers, because of the rich variety of American reading habits, can encompass works that fall into time-tested categories like romances, historical epics, memoirs, war novels, and more.

In Great American Bestsellers, you come to understand how many of our nation's best-selling works helped make these genres important parts of the nation's reading life. For example, you discover

Paper Girls is the next great American comic book

Chris Morris Writes the Book on a Great American Band

By David Handlin About a year ago I put an end to my indiscriminate reading habits. I resolved to read, at least for the…