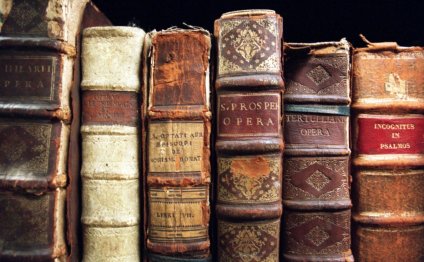 Astronauts have the unique opportunity to look at Earth from a distance with their own two eyes, thanks to spacecraft windows and space suit helmets of the most advanced technology. Lit by the sun, Earth is majestically serene: national borders are invisible, and the view is dominated by blue water and white clouds. Upon closer inspection, you can see pinpricks of evidence that humanity exists—the web of highway patterns; muddy spots of air pollution that hide cities beneath; sun glinting off the wakes of industrial ships.

As our orbit takes us to the dark side of the Earth, a vast network of artificial lights from cities, towns, and villages appears. Only then does the stamp of humanity on Earth truly reveal its volume and density. Eager to share, we astronauts take picture after picture, all of which end up in a robust NASA image archive, a repository that reveals the planet’s condition over time. It’s a mind-expanding experience that sticks with you.

But you don’t have to be an astronaut to have the opportunity to expand your mind. The books that resonated most with me have something in common with a view from space: they changed my view of the world, or fostered a new discovery about myself and mankind. Below are a few standouts that truly made an impact on me, and helped to shape my perspective as an astronaut, as a female and as a human. Of course, the journey of experience continues, and so by definition, this list will never—and should never—be complete. There are always more great books yet to be discovered.

Little House on the Prairie

Read during my childhood, this series by Laura Ingalls Wilder hooked me into a lifelong love of reading. Laura captured the essence of a pioneer: a young ordinary person who gracefully handled the extraordinary circumstances thrown at her. Sometimes the most innocuous and humble people are our most inspirational heroes.

Gone With The Wind

Yes, Scarlett O’Hara had many character flaws. But she was also a tenacious survivor, fiercely independent and really really good at math. She was a fully realized character in Margaret Mitchell’s novel, who acted, spoke and thought in a way that I had never seen a female character do. Her struggle to maintain her own sense of self in a society of strict expectations was an inspiration.

This book is such a landmark narrative about the psyche of risk-taking overachievers that the phrase “right stuff” has become a popular expression in our modern lexicon. After reading Tom Wolfe’s book, I began to comprehend the swagger and pride of the military aviators around me—and wanted to be a part of that world.

A few years later, the film adaptation (one of the best ever) only intensified my desire to become a military test engineer. I found both the book and movie incredibly compelling because, in spite of the title, it describes the early astronauts as they really were: human. And indeed, that is exactly what we are.

Each year, the ALA s Office for Intellectual Freedom records hundreds of attempts by individuals and groups to have books…