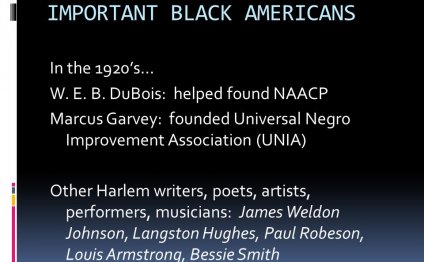 After a year that saw national attention on long-simmering tensions between communities of color and police officers, 2014 closed with more Americans — both black and white — ranking race relations as the most pressing problem facing the nation.

While only 3 percent of black Americans ranked race relations as the most important problem facing the U.S. when asked at the beginning of 2014, by the end of the calendar year, that number had reached 15 percent and, halfway through 2015, remains at 13 percent, according to pollsters at Gallup.

Since early 2014, white Americans’ mentions of race relations as a top problem have increased only slightly, from 1 percent to 4 percent.

At 13 percent, race relations is currently tied with unemployment/jobs for the issue of most concern among black Americans polled by Gallup.

“Just as blacks and whites differ in their views of race relations as a top U.S. problem, they also stand apart in their views on the fairness of the criminal justice system, confidence in police and the need for new civil rights laws, ” Gallup’s Alyssa Brown noted in her analysis. “Gallup found last June that 68 percent of blacks said the American criminal justice system is biased against black people, significantly higher than the 25 percent of whites who said the same.

And while 37 percent of blacks said they had a “great deal” or “quite a lot” of confidence in the police, 59 percent of whites said the same.”

It’s also worth nothing that the last time this many Americans believed race relations to be the nation’s most pressing problem was the early ’90s, when the country was wrestling with issues of police brutality and urban riots.

Over at The Fix, The Post’s Chris Cillizza notes the depressing takeaway from another set of Gallup polling: the most recent polling on Americans’ confidence in major institutions. Across the board, Americans have less confidence in almost every major public institution — from government to schools to churches — than the historical average.

Americans’ confidence in all institutions over the last two years has been the lowest since Gallup began systematic updates of a larger set of institutions in 1993.

The average confidence rating of the 14 institutions asked about annually since 1993 — excluding small business, asked annually since 2007 — is 32% this year.

Noteworthy in those numbers, however, are the relatively modest dips in voter confidence in the criminal justice system and in the police.

Despite a national dialogue about policing — including a series of shootings and other deaths in custody, from Michael Brown to Eric Garner to Freddie Gray that have spawned and sustained national protests — confidence in police seems unwavering among Americans overall.

And the percentage of Americans who say that they have “a great deal” or “quite a lot” of confidence in police (52 percent) is completely unmoved from a year ago – essentially, according to these numbers, the last year’s events surrounding police use of force has not shaken Americans confidence in police at all.

That level of confidence places the police as major institution that ranks third highest for American confidence, behind just the military and small business.

The same can’t be said for the criminal justice system at large, which has not seen large dips in confidence however — at 24 percent — doesn’t actually have much confidence to be lost.

That said, as yet another Post colleague notes, it could be worse — Americans’ confidence in the criminal justice system still far outpaces their confidence in Congress (which currently sits at 8 percent).

White Life Is More Important Than Black Life In America