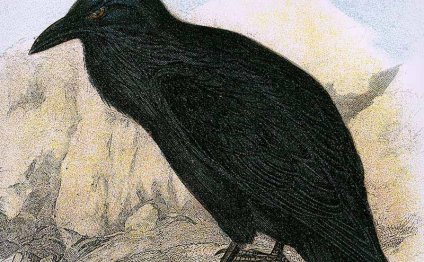 Last week, a member of the San Francisco Writers’ Grotto presented this dilemma: She had a Latino American high school student in one of her classes who didn’t feel he was prepared for college because he felt that his high school reading list was dominated by Latino and African American writers and that he had missed out on reading many of the works of other writers of the American Literary Canon. This sparked a heated debate between those who felt California high school reading lists inadequately prepare children for college and those who thought the student in question should be encouraged to read more books written by Latino and other Spanish-speaking authors because “This is not a time for cultural imperialism.”

The canon debate—whether referring to the American Literary Canon or the Western Literary Canon—has been a point of contention among academics since the sixties when liberals began fighting for more women and minorities and fewer “dead European men” to be included in the canon. The canon wars culminated in the late 80s, when Jesse Jackson chanted, “Hey hey, ho ho, Western culture’s got to go” with students outside of Stanford in order to protest a required course in Western civilization. (The class was replaced by one that included more books written by women and minorities.) The traditionalists and multiculturalists had battled it out, and the multiculturalists had won.

According to a New York Times article published in 2007, “While in the 60s, the most widely read authors in college English courses were Shakespeare, Milton, Chaucer, Dryden, Pope, and T.S. Eliot, by 1998, they were Shakespeare, Chaucer, Jane Austen, Virginia Woolf, and Toni Morrison. The most-assigned living authors (in 1998) were Morrison, Alice Walker, Maxine Hong Kingston, Salman Rushdie, Thomas Pynchon and Philip Roth. (Ironically, the article states, Roth’s “Exit Ghost” features a character who rants about the lack of canon writers in a library display. “They had Gertrude Stein in the exhibit but not Ernest Hemingway. They had Edna St. Vincent Millay but not William Carlos Williams or Wallace Stevens or Robert Lowell. Just nonsense. It started in the colleges and now it’s everywhere. Richard Wright, Ralph Ellison and Toni Morrison, but not Faulkner.”)

I think we can all agree that it’s a good thing that high schools and colleges are assigning Toni Morrison, Sandra Cisneros and Maxine Hong Kingston alongside Homer and Henry David Thoreau. The question is—have we gone too far? Is the loss of the historical perspective gained by reading the classics detrimental to one’s liberal arts education?

The same argument can be applied to the Bible and the Greek classics, too. If you don’t know your mythology, you’re going to miss out on a lot of references in modern-day literature (phrases like “Trojan horse, ” “sisyphean, ” and “Pyrrhic victory, for example.) The problem is that high schools can only assign so many required books. For every book that enters the canon, one has to be removed.

As someone who was an English major at UCLA in 1998, I can attest that I was assigned Toni Morrison’s Beloved, Zora Neale Hurston’s They’re Eyes Were Watching God and Maxine Hong Kingston’s The Woman Warrior at least three times each, but I never read Faulkner or Hemingway, and only one book by Fitzgerald, whose title I can’t remember. (I did read a lot of Hemingway on my own but only recently read The Great Gatsby—often described as “the perfect novel, ” for the first time.) However, I was still required to take courses in Shakespeare, Chaucer, and Milton and to read the Norton Anthologies of English Literature, which are full of dead European men, end to end. I am thankful for reading Shakespeare and Milton because they had a profound effect on our culture (Our heaven and hell mythology, for example, comes from Milton’s Paradise Lost, not from the Bible), but I am also thankful for reading Sandra Cisneros’s The House on Mango Street and Octavia Butler’s Parable of the Sower. And frankly, I prefer books of the recent past—which have dominated high school and university reading lists since the 80s—more than classics written by Dante or Homer because A) They’re less of a struggle to read and B) I can relate to novels written by someone who lived in the twentieth century—regardless of their gender or race—more than I can relate to Ophelia or Bianca or Lady MacBeth. In fact, during my last semester at UCLA, I switched my major from English literature to American literature so I could take African American Literature of the West instead of another Chaucer class, for which I would have had to have learned to speak and write in Middle English.

But in the New York Times article referenced above, John Guillory, an English professor at NYU cautions, “I see too many scholars in the field who know very little about anything before the 20th century, and that concerns me.” And Tony Judt, an NYU historian, says that freshman often arrive unprepared from high school, asking for classes in “what we might have thought of as the old-fashioned approach.”

[PDF] Deaf American Literature: From Canival to the Canon ...

The list – The 100 greatest novels of all time – The Observer …to be taken with a pinch of salt. As with most lists of this…