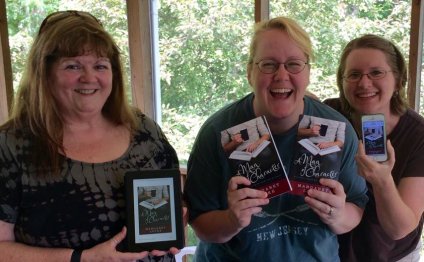 Every day we get up, drink a gallon of coffee, and head to the computer to see if today is the day we’ll actually accomplish something. Spoiler alert, the answer is usually “not as much as we hoped, unless you count number of cat photos Liked.” Between Facebook notifications, tweets, and tantalizing daily deal emails (not to mention actual coworkers), there’s no shortage of distractions to—oh, hang on. Gotta update my status.

Right. So, for most of us, getting things done is easier said than…done, but there are always those outliers who seem immune to this very real phenomenon. Take, for example, the six authors below, who managed to churn out hundreds or even thousands of published works during their careers. True, some of them had the advantage of being alive before the internet existed, but their collective output is still enough to make the checked-off items on your to-do list look positively insignificant.

Charles Hamilton
The London-born writer put pen to paper at a very early age and never set it down. Historians estimate he wrote a total of around 100 million words, most as short stories for magazines. If you divide that word count by the length of an average novel, old Charlie published the equivalent of about 1, 200 books. That earns him the gold crown as the most prolific writer in history.

It’s often difficult to attribute work directly to Hamilton since he used over 20 different pen names throughout his career. Does Cecil Herbert ring a bell? T Harcourt Lewelyn? E.S. Turner? How about Frank Richards? That last one was Hamilton’s most-used nom de plume, and it’s also the one associated with his most famous creation, Billy Bunter. “Famous” if you were a boy between 1908 and 1940, anyway.

Barbara Cartland
If you’ve ever read a romance novel, chances are you’ve heard of Barbara Cartland. The author produced just over 720 novels in her career, many of which were nuzzled into into her specialty niche: Victorian-era romance. She holds the Guinness World Record for most novels written in a single year: a healthy 23, or two per month. Kinda makes NaNoWriMo participants seem, I don’t know, lazy. Cartland’s publishing credits didn’t end after her death in 2000. Several manuscripts were released posthumously as the . Go ahead, try to stop her from writing.

Isaac Asimov
One of the “Big Three” hard science fiction writers of his era, Asimov is credited with over 500 published works covering almost the entire Dewey Decimal System. He’s best known for sci-fi classics like and the Foundation series, but he also wrote history books, screenplays, mystery short stories, and “explainer” columns in magazines to introduce complex scientific concepts to the masses. Basically, you name it, Asimov probably wrote it.

Stephen King
While he may not have numbers as high as the others on this list, you can’t ignore the writing force that is Stephen King. Since his 1973 debut novel, Carrie, King has released over 60 full-length works of fiction and almost 200 short stories. He’s created screenplays and written both comics and nonfiction. Just about every idea that comes out of his brain is eventually adapted into a movie. All he needs to do is live long enough, and he’ll have a comfortable spot with the other insanely prolific writers of the world.

R. L. Stine
Most of us know R. L. Stine as the author of Goosebumps and Fear Street, the long-running horror series aimed at tweens and teens. They’ve been going strong since the early ’90s and make up the bulk of Stine’s 400-million career sales figure. At one point, he was writing new installments at the rate of one every two weeks. One book. Two weeks.

Out of the Shadows and Into the Light: Modern Day BOS