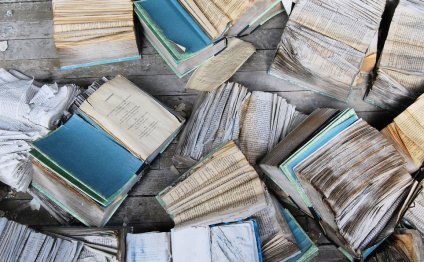 The FBI’s incessant monitoring of Black leaders like Martin Luther King and W.E.B. DuBois is now a well-known parcel of American history. But it turns out J. Edgar Hoover’s obsession with Black culture and the activities of Black thinkers went so deep that the FBI had thousands of pages on dozens of prominent Black writers, including Claude McKay, Ralph Ellison and Lorraine Hansberry, stretching across much of the mid-20th century.

This treasure trove was discovered by scholar William Maxwell, associate professor of English and African-American studies at Washington University in St. Louis, who got his hands on the many newly declassified documents with the use of freedom of information requests. Not only do the files contain thousands of pages of notes detailing the movements of these great writers, but there were essentially book reviews critiquing their work—often written before the manuscripts were even published, meaning the FBI’s reach extended into the publishing houses.

Maxwell has compiled his research into a new book, “FB Eyes: How J Edgar Hoover’s Ghostreaders Framed African American Literature, ” which is scheduled to be published on February 18 by Princeton University Press. The book says much of this surveillance was fueled by Director Hoover’s “personal fascination with black culture.” As a result, the FBI became a “most dedicated and influential forgotten critic of African American literature.”

Interestingly, Maxwell said it was clear that the writers were aware of the FBI snooping, based on some of their writings.

There are digital copies of 49 of the FBI files available to the public online. Maxwell said the sheer volume of the files comes out to 13, 892 pages—”or the rough equivalent of 46 300-page PhD theses, ” Maxwell writes in the book. “FBI ghostreaders genuinely rivaled the productivity of their academic counterparts.”

“From the beginning of his tenure at the FBI … Hoover was exercised by what he saw as an emerging alliance between Black literacy and Black radicalism, ” Maxwell said in an interview with The Guardian. “Then there’s the fact that many later African-American writers were allied, at one time or another, with socialist and communist politics in the U.S.”