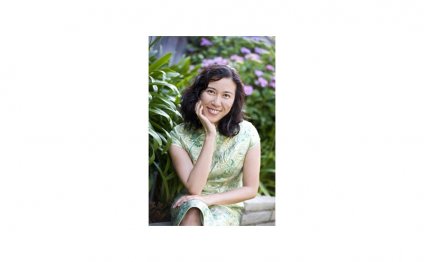 Poems on Various Subjects, Religious and Moral, is a collection of poetry by Phillis Wheatley, the first African American woman ever to be published.

Uncle Tom’s Cabin; or, Life Among the Lowly is an anti–slavery novel by American author Harriet Beecher Stowe. Published in 1852, the novel had a profound effect on attitudes towards slavery in the United States. The book also helped create a number of stereotypes of African-Americans. To some extent, this negative effect has overshadowed other historical impacts of the novel.

The Told to the Children Series of books were published in Great Britain in the early 1900's. The purpose of the book series was to introduce readers between the ages of 9 and 12 to the best known classic novels of the 19th Century.

Clotel; or, The President's Daughter is a novel by William Wells Brown (1815 – 1884), a fugitive from slavery and abolitionist and was published in London, England in December 1853. It gained notoriety amid the unconfirmed rumors regarding Thomas Jefferson and Sally Hemmings. Brown was still considered someone else's legal property within the borders of the United States at the time of its publication. It is considered to be the first novel written by an African American. The book follows the experiences of three generations of women during slavery.

Brown used the injustices of slavery to demonstrate the destructive effects it had on the African American family, most significantly the so–called tragic mulatto. Brown had escaped from slavery in Kentucky while still in his youth, and became active on the anti–slavery circuit.

My Bondage and My Freedom is an autobiographical slave narrative written by Frederick Douglass and published in 1855. It is the second of three autobiographies written by Douglass, and is mainly an expansion of his first (Narrative of the Life of Frederick Douglass), discussing in greater detail his transition from bondage to liberty. Douglass, a former slave, following his liberation went on to become a prominent abolitionist, speaker, author, and publisher.

Behind the Scenes Or, Thirty Years a Slave and Four Years in the White House is an autobiographical narrative by Elizabeth Keckley. In it she tells the story of her life as a slave and her time as a seamstress for Mrs. Lincoln in the White House.

The Colored Cadet at West Point is an autobiographical novel detailing the events leading up to Henry O. Flipper's groundbreaking appointment to the West Point Military Academy, and his active service in the U.S. Army that followed graduation.

Up From Slavery is the 1901 autobiography of Booker T. Washington detailing his slow and steady rise from a slave child during the Civil War, to the difficulties and obstacles he overcame to get an education at the new Hampton University, to his work establishing vocational schools (most notably the Tuskegee Institute in Alabama), to helping black people and other disadvantaged minorities learn useful, marketable skills and work to pull themselves, as a race, up by the bootstraps. He reflects on the generosity of both teachers and philanthropists who helped in educating blacks and native Americans.

The Heart of Happy Hollow is a short story collection by Paul Laurence Dunbar that focuses on the experiences of African-Americans after the conclusion of the Civil War.

James Weldon Johnson's The Autobiography of an Ex-Colored Man is a fictional, tragic tale about a young mulatto's coming-of-age in the early 20th century. The unnamed narrator, who has a black mother and white father, is light-skinned enough to pass for a white man but his emotional connections to his mother's heritage make him unable to fully embrace that world.

This is a collection of poetry by African American author Paul Laurence Dunbar. Dunbar's work frequently features a conversational tone, innovative rhetorical structure, and a colorful use of both dialect and mainstream English. Dunbar was among the first nationally successful African American writers.

The Role of African American Dialect in Literature from ...