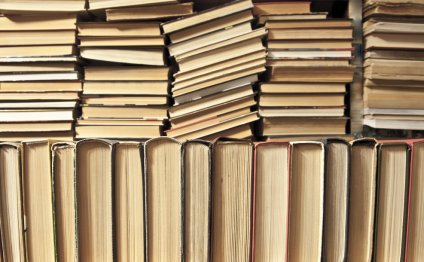 Before I address the subject of this blog, I just want to say that some people have pointed out to me that writing and oral storytelling are not the same thing.Â And they’re absolutely right.Â I know some great writers who are horrible at telling a story face to face.Â They get nervous in front of an audience, or they can’t collect their thoughts on the spot, so they ramble.Â My last blog title should have read, “Are novelists born or are they made?”Â BecauseÂ writing a novel is a much more deliberate process than just getting behind a microphone and speaking off the cuff.Â A novelist has the time to consider whereÂ her story is going, Â and if she has “the writer’s knack”, she’ll instinctively know which plot choices will lead to the most dramatic or interesting outcomes.

That’s what boring writers lack, that instinct for the dramatic.

My last blog alsoÂ brought in this comment: “Why do youÂ crediit onlyÂ the Irish for storytelling talent?Â What about the Chinese?Â Surely they have just as much talent?”

And yes, I deserve to be taken to task for this.Â It’s true that China has a rich literary history, going back thousands of years.Â My mother’s grandfather was a respected poet in China, and among my most treasured possessions areÂ very old bound copies of his poems.Â My own philosophy of storytelling parallels that ofÂ a 9th century Chinese literary figure, Han Yu, who believed that telling a storyÂ in a clean straightforwardÂ manner was the most elegant way to write.Â He thought that writingÂ which wasÂ overly flowery andÂ too stylized was dishonest –Â and his beliefs reflectedÂ ancient China’s Classical Prose Movement.Â

So yes, China does indeed have a longÂ literary tradition.

I distinctly recall a moment years ago, when I attended my first Romance Writers of America convention.Â Â I looked around the room, where a thousand writers had gathered, Â and did my usual “race check.”Â It may sound weird to some people, but it’sÂ automatic for me (and I suspect it’s true for other minorities as well)Â to scope out how many non-whites are around.Â That night, I counted exactly three Asians, including me.Â In a room of 1, 000 writers.

So where are we?

Part of the answer can be found in an email I received some months back from anÂ Asian-American man whoÂ enjoys my books.Â He told me that he works in computer engineering and even though he’s making a great living at it, he hates his job.Â He only went into engineering because his parents pushed him into it.Â He didn’t want to be an engineer!Â His dream as a young man — and it’s still hisÂ most heartfeltÂ dream – was to become a fashion designer.Â But his parents told him he was nuts, that he’d starve, and that he should choose a career that would pay the bills.Â

You know what?Â My dad told me essentially the same thing.Â “Writing’s aÂ nice hobby, ” he said when I told him that what I really, really wanted toÂ do was study journalism.Â “But you’ll never make a good living at it.”Â Â Like countless other Asian American parents, heÂ told his kidsÂ that science was the way to go. “Choose medicine or engineering and you’ll never starve.”Â Â Not starving is a really big deal among immigrant families.

So I became a doctor.Â And so did my brother.

I think of all the budding Asian-American novelists and artists and movie directors and fashion designers who are now toiling unhappily in hospitals or in front of computers.Â How many of them would have gone on to win Pulitzer prizes or Academy Awards, had they stuck with their dreams?Â How many were forced to shove those dreams aside out of fear that they’d someday starve?

There’s a lot to praise about immigrant values.Â My parents taught me the importance of hard work and a top-notch education.Â They paid for piano and violin lessons, they filled the house with books, and they instilled in me a love of learning.Â But I feel incredibly fortunate that in the end, I listened to my own creative yearnings.Â I’m lucky, of course, that my two kids gave me an excuse to finally write my first novel while I was on maternity leave.Â Â But I alsoÂ made sure I carved out writing time even while I was working as a doctor. I scribbled in the on-call room and on my lunch break.Â I stayed up late, after the kids were in bed, to scribble some more.Â That’s what you have to do when you first start out writing — you find the time, despite your other jobs, your other responsibilities.Â Luckily, I could do it.

I think about that guy who wanted to be a fashion designer, and I don’t see how he can do that now, while holding down an engineering job.Â His chance is probably gone forever.Â His parents talked him out of it, and I feelÂ sorry for him.Â