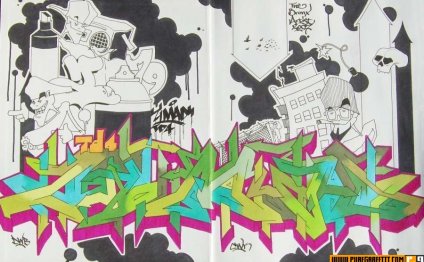 Everyone loves second-hand bookshops, don’t they? The satisfaction of leafing through some dusty volume of antiquarian musings, the rich scent of aged leather bindings, redolent of the past… Add to all that the opportunity to indulge in some intellectual posing and impress the philosophy student lounging in the corner, and you’ve got yourself a full Saturday afternoon’s entertainment.

That is, of course, unless you happen to find yourself in one particular Bloomsbury establishment, presided over by a certain Bernard Black. Make no mistake: our Bernard (Dylan Moran) may have an aesthete’s tousled pallor, but there’s nothing remotely poetic about his attitude to running a shop. Only dimly familiar with the concept of customer service, he rules his domain with a rod of iron. The burden of keeping the peace falls to his gentle assistant, Manny Bianco (Bill Bailey) whose former life as an overworked accountant abruptly ended when he accidentally swallowed a copy of The Little Book Of Calm. Instead of dying as expected, Manny absorbed the tome’s beatific qualities and found himself born anew as a being of endless decency and patience. Just as well, really. The trio of bizarre characters at Black Books’ heart is completed by Fran Katzenjammer (Tamsin Greig).

Never given sufficient employment by her own emporium, Nifty Gifty – which, not altogether surprisingly, ceases to be a going concern after series two – Fran spends most of her time with her soulmates in stupidity, Bernard and Manny.

Originating in an unaired pilot created by Dylan Moran in 1998, Black Books ran for three series on Channel 4 between 2000 and 2004. Co-written in its first series by Father Ted creator Graham Linehan, it shared that show’s magnificent silliness while injecting a darker note of melancholy to the otherwise hilarious proceedings.

With the bantering relationship between Bernard and Fran and its protagonists’ unerring knack for making a bad situation worse, it’s surely also a distant British cousin of Seinfeld. Like its American relative, it managed not to outstay its welcome, never losing its comic momentum or diluting its distinctive atmosphere over the course of its eighteen episodes.

Bernard’s perpetual gloom and siege mentality when very occasionally confronted with customers originated in Moran’s view of the personality type required to run a second-hand bookshop, rarely the most lucrative of enterprises. His childish rants and dishevelled menace ought to terrify the audience away, too, but the fact that they don’t is testament to Moran’s skill with his all-too-plausible role. Bailey’s performance as the long-suffering Manny is also superb. His goodhearted optimism is a constant challenge to Bernard’s cantankerous worldview; somehow, though, they just about form one functioning personality. Greig’s Fran, who does suffer from something vaguely resembling a conscience, is another indispensable thorn in Bernard’s side. Fabulously antisocial as the trio are, there’s a touching side to their efforts to fit into the unfathomable world around them, from Fran’s ill-fated attempt to ‘enjoy’ a hen party to Bernard’s disastrous stint as a housesitter. Ultimately, this band of misfits belong together.

Ike music, the novel has been one of the primary ways through which the African Diaspora has captured and transmitted its…