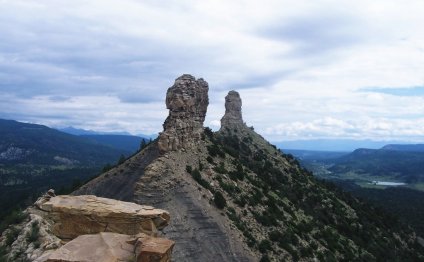 When people talk about American Indian women novelists, the names that come to mind are typically Leslie Marmon Silko, Louise Erdrich and Joy Harjo. But there are many worthy yet lesser-known American Indian female fiction writers whose names do not trip off the tongue. Here are some of them:

Earling, Confederated Salish and Kootenai Tribes of the Flathead Indian Reservation, published her award-winning Perma Red in 2002. The novel recounts the hardships suffered by Louise White Elk, a tale based on the true-life story of Earling’s aunt. Twenty years in the writing, Perma Red tells “a story that has burdened my family for years, ” says Earling.

In describing the difficulty of getting the book written, which included a fire that destroyed her first 800-page draft, and getting it published, which included a decision to revise the ending because publishers would not accept a novel in which the protagonist dies—the real Aunt Louise died at 23 of exposure after a car accident—Earling says, “If you have a story that you need to tell and you want it out in the world, there’s some tenacious spirit that we [writers] all have.”

Earling has taught creative writing at the University of Montana, where she is a full professor, for the past 22 years.

Earling is working on a proposal for a second novel and hopes eventually to write a novel based on the life of Sacajawea. “She was a traditional woman… some accounts suggest she was as young as 14 years old when she was traveling [with Lewis and Clark]. She saw the true coming of the white man and the movement westward in a way that no one else had the opportunity to see. My biggest dream is to write that novel, ” says Earling.

Author of two award-winning book-length collections of interconnected short stories, Grover, Bois Forte Band of Objiwe, is a professor of American Indian studies at the University of Minnesota-Duluth.

Grover’s novels are based on her long-standing academic research interest—looking at how federal and state Indian policies affect Ojibwe families. As an undergraduate, “I began my research on boarding schools in northern Minnesota and that became the foundation for everything I’ve done.”

When she was doing the research for her master’s the chairman of her committee suggested she give fiction a try. “I started out by writing a story, and then another one that was connected to it. I ended up with a box of stories and put together eight of them when the University of Georgia Press sent out a call for manuscripts. That became The Dance Boots, ” which was published in 2010 and won the 2009 Flannery O’Connor Award for Short Fiction and the 2011 Janet Heidinger Kafka Prize.

Grover’s second novel-length collection of stories, The Road Back to Sweetgrass, is expected to be published in 2014. In 2008, the manuscript won the Native Writers Circle of the Americas First Book Award. The novel is arranged in four sections, each of which has linked stories that do not follow a linear timeline. The format for both books, says Grover, “seems to me a natural way of Native storytelling that has existed for a really long time. I never thought, ‘I’m going to write a book.’ I said to myself, ‘I think I will write a story.’” The old traditional stories, says Grover, are linked stories that are all part of a big picture. Grover’s research on boarding school families, beginning with the Dawes Act and continuing to the present, is integrated into Sweetgrass, which depicts people who, like herself, grew up during the era of federal termination policy.

Hogan, Chickasaw, won a National Endowment for the Arts fiction grant in 1986, a Guggenheim for fiction in 1990, and a Lannan Award in 1994. She has received the Lifetime Achievement Award from the Native Writers Circle of the Americas, The Wordcraft Circle, and The Mountains and Plains Booksellers Association.

Hogan’s first novel, Mean Spirit (1991) received the Oklahoma Book Award and the Mountains and Plains Book Award, and was a finalist for the Pulitzer Prize the year that honor went to John Updike. Solar Storms (1997) and Power (1999) were both finalists for the International Impact Award.