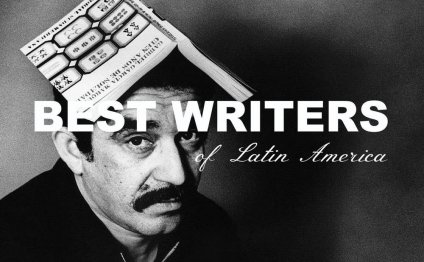 Stanford scholar Héctor Hoyos' research goes beyond famed writers to uncover a whole generation of Latin American authors who are contributing novel perspectives on the evolving landscape of global culture.

Hector Hoyos, an assistant professor of Iberian and Latin American Cultures at Stanford, has written a new book about Latin American authors and their perspectives on globalization.

In recent years, the late Chilean novelist Roberto Bolaño has become the most famous figure on the Latin American literary scene. No doubt, Bolaño's groundbreaking novels, such as Los detectives salvajes (The Savage Detectives) and 2666, have moved legions of readers.

"In many circles, Bolaño has come to represent the entirety of contemporary Latin American literature and its contribution to world literature, " said Stanford author Héctor Hoyos.

But Hoyos, an assistant professor of Iberian and Latin American cultures, also says Bolaño's dominance is in some ways overshadowing other important Latin American literary voices with worldwide resonance.

In his new book, Beyond Bolaño: The Global Latin American Novel, Hoyos reveals how Latin American literature by both internationally well-known figures such as Bolaño and other, less recognized, authors can help readers achieve a fresh perspective on global culture and globalization.

"My book really starts from the interrogation as to why certain authors gain widespread international acclaim while others do not attract so much attention, " he said.

Through an analysis of the works of Bolaño, Diamela Eltit and César Aira, as well as novelists Mario Bellatin, Chico Buarque, Alberto Fuguet, Fernando Vallejo and other contemporaries, Hoyos sheds light on "a previously unexplored aspect of world literature."

Hoyos argues that literature from Latin America shows remarkable diversity and reveals trends in how people read and write in today's globalized era.

"I am interested in the role that different authors play in reshaping world literature, particularly through innovations in form, voice, perspective and representation, " said Hoyos, whose research centers on literary theory and globalization.

Hoyos said it's especially valuable to examine Latin American literature in this way, because world literature is in a "critical moment" as an emerging, transnational canon takes shape, "where books from different areas are read both for their national and international relevance."

In the various novels that he studies, from Argentina to Mexico, Hoyos sees innovative and informative viewpoints emerge on topics that reach beyond Latin America, such as the global marketplace or the history of Nazism. "What interests me are those authors who share an interest with Bolaño in writing fiction that revolves around how we live and what we do, as a world culture, in the contemporary world, and how they contribute to our global story."

Hoyos said that novels such as these serve to provide a unique regional perspective and to bring it into networks of conversation: "These works, at once national and transnational, both of Latin America and of the world, help us to achieve critical perspective on our increasingly integrated and connected world."

Chilean author Diamela Eltit's novella, Mano de obra, is one of the books Hoyos examines. In Eltit's story about working in a supermarket, Hoyos says, the author critically depicts this space of explicit consumption as a symbol of a financially integrated world.

Meanwhile, in El Carrito, another thought-provoking story about grocery stores, Argentine writer César Aira posits the shopping cart as an evil entity, which Hoyos says leads readers to reflect on their role in a developing world culture that is predominantly market-oriented.

"While for Shakespeare all the world was a stage, or for [Pedro] Calderón a dream, " Hoyos said, "it is telling that these two contemporary Latin American authors see the world as a supermarket. After 1989, most of the world entered into a common market, and this percolates fiction in many ways."

Another example that Hoyos explores is how contemporary authors, such as Jorge Volpi and Ignacio Padilla, as well as Bolaño, have adopted Nazism as a theme in their writing, a theme which is often principally viewed from a European and North American perspective.

"One may suspect there is a hint of U.S.-Eurocentrism in expecting that contemporary Latin American writers are somehow further removed from and have little to say about those horrible events, " Hoyos said.

Rather, Hoyos contends, there is a view of Nazism from the Latin American perspective that contributes to an understanding of that global phenomenon.

"Bolaño wrote a book about fascism, Nazi Literature in the Americas, that created an imagined, fictional and counterfactual vision of fascism and its impact in the Americas, shedding fresh light on that terrible phenomenon, " Hoyos said.

"It is vital to engage with Bolaño's work, " Hoyos said, "but what motivates me is to look beyond his work to the other authors who are a fundamental part of Latin America's world literature and who look at the region in the world."

In part, Hoyos notes, readers are attracted to Bolaño's life story. He was very ill in the last years of his life and died of liver failure while working on his epic novel, 2666.

At that point, Bolaño had already received widespread acclaim for his 1998 masterpiece, The Savage Detectives. The novel takes readers on a journey around the world: across Mexico and to Catalonia, Spain; Managua, Nicaragua; Luanda, Angola; Tel Aviv, Israel; Vienna; and Liberia. It is fundamentally about a fictional Latin American literary movement's place in the world.

"A novel like that provides a literary map to navigate a new consciousness of the world as a whole. But it is not unique in its theme, as other authors also elaborate intriguing visions of the world from a Latin American perspective, " Hoyos states.

For Hoyos, a "global novel" is a work that has a world literary standing and significance beyond local and regional contexts. For the authors he writes about in this new book, a global perspective includes addressing experiences that transcend national boundaries, such as walking behind a shopping cart.

"The world does not quite fit into a book, " Hoyos admits. "But I do see the emerging articulation of the study of literature on a world scale where various Latin American voices are vital, and where these narratives matter beyond their immediate national and regional contexts.

"We are seeing an emergence of this phenomenon in Latin America, of authors who are concerned with globalization and its impact not only within their countries and Latin America, but also as part of our overarching human culture. These works have both the world and Latin America as their chambers of resonance."

When people talk about American Indian women novelists, the names that come to mind are typically Leslie Marmon Silko, Louise…

In late 2013, a reporter at the New York Times made a startling observation: that Wikipedia had gradually started removing…