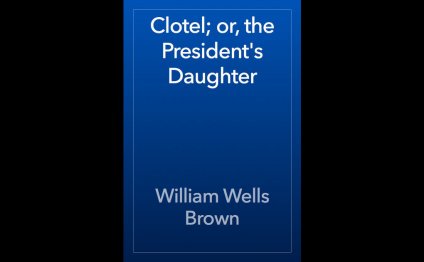 Great books have their lives as surely as do their authors. Sometimes they correspond; sometimes not. Which one has the stranger life is often unpredictable.

Take Walt Whitman and his "unkillable work, " Leaves of Grass. It had multiple nineteenth-century lives, as Whitman brought out edition after edition in attempting to give the fullest possible depiction of modern American life. None, however, gained much traction with the general public until well into the twentieth century. Nor did Whitman, America's self-proclaimed national poet. Or take Herman Melville, who complained to Nathaniel Hawthorne in 1851 that he would go down to posterity as "a man who lived among the cannibals" as the author of the popular South Sea adventure story, Typee. Melville's guess wasn't far off. His name was linked to Typee during his lifetime, and the novel he was then pouring his heart and soul into, Moby-Dick, got little attention for its first 60 years.

But for even greater strangeness, take William Wells Brown and his once unknown, now canonized, Clotel; or, The President's Daughter: A Narrative of Slave Life in the United States. Brown wrote the novel in 1852-53 while living in London as a fugitive slave. Too well known to dare to return home to Boston while the Fugitive Slave Law was in effect, he published it with a mainstream London publisher that marketed it solely in the British Isles. In all likelihood, the only copies to reach the U.S. at the time, like the inscribed copy for abolitionist William Lloyd Garrison, were gifts Brown posted to friends and editors. Not until 1969, well into the Civil Rights movement, did the novel get its initial publication in this country, although it took several more decades before it began to take hold with the general public.

Perhaps so stridently partisan a novel would have had limited appeal in antebellum America. Intending to shock, Brown made the callous president in the title Thomas Jefferson. More to the point, he made its central character Jefferson's unacknowledged slave daughter, Clotel, who along with her mother and sister was auctioned off, one by one, in Richmond and sold into the depths of southern slavery. In conceiving this earliest African-American novel, Brown drew on rumors circulating among abolitionists and rife throughout the African-American community about Jefferson's relations with his slave woman "Sally." But Brown, unacknowledged son of a white father, would not have needed such rumors to know a thing or two about abandonment by white fathers of black progeny. What made Jefferson special to Brown was that he could be cast as father also of the ill-matched American twins, liberty and slavery. That distinction gave Clotel symbolic heft.

After addressing the British public in 1853, Brown turned back to the American public in the three revised versions of the novel he published over the next 14 years. Each time, he addressed a different audience, recalculating his bearings to keep pace with radical societal shifts brought about by the Civil War and its aftermath. He published the earliest American edition, retitled Miralda, as a weekly serial running from November 1860 to March 1861 in the leading black journal of the time, the New York Weekly Anglo-African. Blackening his central characters and intensifying their racial solidarity, he addressed that version primarily to African American readers - a calculated move that coincided with the events redefining their civic standing as the nation plunged into sectional war.

In 1864, he slightly reworked the text, now Clotelle: A Tale of the Southern States, and published it as a dime novel in a series ("Books for the Campfires") marketed to soldiers in the Union Army. Whatever their political leanings, they were effectively fighting to end slavery. Finally, in 1867, Brown added a series of chapters to update the story, renamed Clotelle; or, The Colored Heroine, that returned Clotelle and her husband Jerome from self-exile in Europe to lives of racial service in the wartime South. Jerome joins the Louisiana Native Guard, a black regiment involved in the frontal assault on Port Hudson. His unit fights bravely, but Jerome dies a needless death carrying out a reckless mission urged by his white superior officer. Widowed, Clotelle goes to work as a nurse and spy at Andersonville Prison during the last months of the war. Following peace and abolition, she turns to education of the freedmen, eventually operating a school on the confiscated grounds of the plantation of her enslaved youth. In 1867, that was as rounded an ending to his years-long narrative of slavery as Brown could conceive.

Brown's reputation proved as volatile as his book's. Well known in the United States and United Kingdom as a writer, activist, and public speaker during his lifetime (1814-84), he lapsed into obscurity for nearly a century as Jim Crow erased black presence from the country's political, historical, and cultural record. That long, imposed hibernation seems finally to be ending. All his many books are now back in print or accessible via the Internet. And in this, his bicentennial year, he has passed through the gateway of canonized American literature with a selection of his finest works collected in the Library of America.