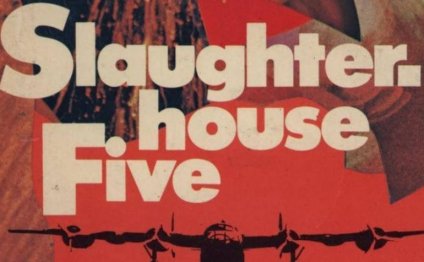 BOSTON — The Reading List Council has announced the 2016 selections of the Reading List, an annual best-of list comprised of eight different fiction genres for adult readers. A shortlist of honor titles was also announced. The list was announced today during the American Library Association’s Midwinter Meeting held in Boston.

Winner
“Pretty Girls: A Novel” by Karin Slaughter. William Morrow, a division of HarperCollins.
Three sisters are driven apart in the aftermath of one’s disappearance. When a violent crime occurs, new fears arise and relationships shift again. Long term effects of family grief are exploited by the compulsions of a psychopath. Brutal and disturbing, this is ultimately a story of love and empowerment.

Short List
“The Cartel” by Don Winslow. Alfred A. Knopf, a division of Random House.
“Descent: A Novel” by Tim Johnston. Algonquin Books of Chapel Hill.
“The Killing Lessons” by Saul Black. St. Martin’s Press, a division of Macmillan Publishers.
“Palace of Treason: a Novel” by Jason Matthews. Scribner, a division of Simon & Schuster, Inc.

Winner
“Uprooted” by Naomi Novik. Del Rey, an imprint of Ballantine Books.
In this enchanted old-world fable, villagers threatened by a blighted magical wood allow the resident wizard to take one daughter into servitude for 10 years. When he chooses klutzy Agnieszka, she faces an unexpected future and confronts the dangers of a wider political world and the roots of magical corruption.

Winner
“Crooked Heart: A Novel” by Lissa Evans. Harper.
Raised by his eccentric ex-suffragette godmother to be a free-thinker, young Noel is thrown into chaos when the London Blitz forces him into the home of a scam artist loyal only to her layabout son. Thrust together, the two oddballs are forced to find a way through the wartime landscape.

Short List
“Jam on the Vine: a Novel” by LaShonda Katrice Barnett. Grove Press.
“The Nightingale” by Kristin Hannah. St. Martin’s Press.
“Paradise Sky” by Joe R. Lansdale. Mulholland Books, a division of Little, Brown and Company.
“The Truth According to Us: a Novel” by Annie Barrows. The Dial Press.
“Girl Waits with Gun” by Amy Stewart. Houghton Mifflin Harcourt.

Includes magazine articles, book reviews, other occasional writings, and 15 books. Of these, seven books were published between…

First it was The Guardian, choosing the 100 greatest novels of all time and getting around to the first American, Nathaniel…