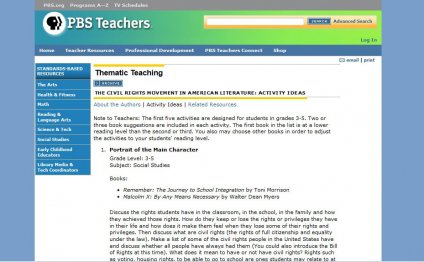 When Herman Melville died in 1891, his death was noted in only one local newspaper, which carried a brief description of the "long forgotten" author. Not until the early 20th century was Melville's novel Moby Dick first recognized as a literary masterpiece and touted as a cornerstone of modern American literature.

Born to a New York City merchant in 1819, Melville fought for a greatness that would not be realized during his lifetime. Melville's father supported his seven children importing French dry goods, but in 1830 he decided to try his luck in the fur business in Albany, NY. Within two years, the family was bankrupt and Herman's father died suddenly. Melville and his siblings left school to work in the family fur and cap business, with Melville working several other jobs as well - filling in teaching positions at local schools, working on his uncle's farm, and clerking in a local bank.

Despite these difficulties, Herman Melville read extensively on his own, consuming mythology, anthropology, and history. He was fascinated with Shakespeare's poetic devices and their ability to capture an audience. He was also raised hearing the thrilling story of the whaleship Essex, which was attacked by a whale and sunk when Melville was just a year old. Melville's captivation with the terrifying grandeur of whales, the audacity of whalers, and the relationship between the two would be a motivating factor behind his writing.

In 1839, at the age of 20, Melville took his first voyage across the Atlantic sea as a cabin boy on the merchant ship the St. Lawrence. After this expedition and a year exploring the West, Melville joined the crew of the whaling ship Acushnet in January of 1841. The thrilling adventure that occurred during the next three years would satiate his desire for excitement and provide him with his material for his first three novels.

After a year and a half aboard the Acushnet, Melville and a fellow seaman deserted the ship, only to be captured by cannibals in the Marquesas Islands, the Typee. Although Melville was treated well, he sought rescue on the Australia whale ship Lucy Ann when it arrive on the Marquesas a month after his capture. On the Lucy Ann Melville traveled to Tahiti, where his unusual journey continued when he, along with the crew, committed mutiny by refusing their duty. Briefly jailed, Melville escaped and sailed to the nearby island Eimeo, where he worked on a potato farm.

More than five months after deserting the Acushnet, Melville's adventures were not over. Tiring of life on Eimeo, he joined the crew of whaler Charles and Henry, where he worked as harpooner. When the Charles and Henry anchored in Maui Island five months later in April of 1843, Melville took up work as a clerk and bookkeeper in a general store in Honolulu. In August, 1843, Melville enlisted in the US Navy and embarked on the final leg of his journey, working as a seaman on the Navy ship United States through the Pacific.

In October 1844, Melville returned to his mother's house determined to write about his adventures. His subsequent writings borrowed from his own experiences as well as other peoples' fantastic stories that he heard during his travels. Because of his extensive experience as a seaman and a whaler, his descriptions of life out at sea were comprehensive and unflinchingly accurate. Melville was also able to communicate the fear and terror of a whale hunt, a feat that would make his greatest work, Moby Dick, a literary tribute to the whaling industry.

His first manuscript, a tale in which the narrator, Tommo, is captured by Typee cannibals, was initially rejected in the United States because publishers refused to believe the validity of the story. The story was finally accepted in London, where Melville's older brother, Gansevoort, was working for the American Legation. Typee was published in Britain in February of 1846 to favorable reviews. Lauded for its ethnographic focus exploring the relationship between a New Englander and a foreign culture, Melville's story gained even more popularity after one of Herman's former crewmates came forward to validate its factual base. This new based-on-a-true-story status coupled with Americans' high interest in maritime adventures, helped Typee sell over 6, 000 copies in two years when it was published in the U.S.

In the midst of his initial years as a profitable author, Melville married Elizabeth Shaw, daughter of the chief justice of Massachusetts and a close family friend. The chief justice, Lemuel Shaw, would later support Melville in the late 1850s during his financial struggles. With his new bride, Melville moved to New York City to live with his younger brother, mother, and four sisters in late 1847. Despite these crowded quarters, Melville was able to continue writing, and he finished two more novels within two years.

Encouraged by his success with Typee, Melville published Omoo in 1847, a story inspired by his time in the Polynesian Islands of Tahini and Eimeo. Omoo was just as successful as Typee, and Melville immediately began work on his third installment of his maritime adventures, Mardi and a Voyage Thither. Published in 1849, Mardi was not as successful as his previous two books, a fact credited largely to his increased use of allegory and a more farfetched storyline.

From 1849 to 1850, Melville wrote two more novels, Redburn and White-Jacket, both of which he later claimed to write simply for the money and the prestige. These attempts to inflate his image as an author won him general acclaim and the novels were modest hits. Melville moved on to his most prolific endeavor yet - a story about one man's need to conquer and kill a great white whale. Melville had first thought of the idea after reading a 1839 article by Jeremiah N. Renolds entitled "Mocha Dick: Or, the White Whale of the Pacific."

First it was The Guardian, choosing the 100 greatest novels of all time and getting around to the first American, Nathaniel…