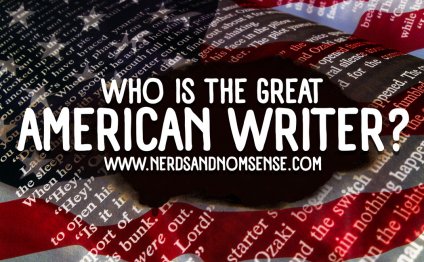 Moby-Dick suffered at the hands of critics on its release.

On 5 August 1850 a party of writers and publishers climbed Monument Mountain in Massachusetts, during the American equivalent of a hike in the Lakes. Among the literati on this excursion were Nathaniel Hawthorne, 46, author of The Scarlet Letter (No 16 in this series), a recently published bestseller (although a term not yet in use), and the young novelist Herman Melville, who, after a very successful debut (Typee), was struggling to complete an unwieldy coming-of-age tale about a South Seas whaler.

Melville, who was just 31, had never met Hawthorne. But after a day in the open air, a quantity of champagne, and a sudden downpour, the younger man was enraptured with his new friend, who had "dropped germinous seeds into my soul". Rarely in Anglo-American literature has there been such a momentous meeting.

It was the attraction of opposites. Hawthorne, from an old New England family, was careful, cultivated and inward, a "dark angel", according to one. Melville was a ragged, voluble, romantic New Yorker from mercantile stock. Both writers had hovered on the edge of insolvency and each was a kind of outsider.

A fervent correspondence ensued. Melville, indeed, became so infatuated that he moved with his wife and family to become Hawthorne's neighbour. Thus liberated, fulfilled, and inspired to say "NO! in thunder, to Christianity", he completed Moby-Dick; or, The Whale, in the spring of 1851. After an early reading of the manuscript, Hawthorne acclaimed it in a letter that remains, tantalisingly, lost. All we have is Melville's ecstatic response ("Your heart beat in my ribs and mine in yours, and both in God's..."), and, subsequently, a dedicatory declaration of Melville's admiration for Hawthorne's "genius" at the front of Moby-Dick (the first edition hyphenated the whale's name).

So how homoerotic was this friendship? No one will ever know; it remains one of the mysteries of American letters. All we can say for certain is that, after climbing Monument Mountain, Melville adopted Hawthorne's idea of the "romance" as a mixed-genre, symbolic kind of fiction, and found his creative genius somehow released in the making of his new book.

And that is everything, because Moby-Dick is, for me, the supreme American novel, the source and the inspiration of everything that follows in the American literary canon. I first read it, inspired by my sixth-form English teacher, Lionel Bruce, aged about 15, and it's stayed with me ever since. Moby-Dick is a book you come back to, again and again, to find new treasures and delights, a storehouse of language, incident and strange wisdom.

Moby-Dick is – among some fierce contenders which will appear later in this series – the great American novel whose genius was only recognised long after its author was dead. From its celebrated opening line ("Call me Ishmael") it plunges the reader into the narrator's quest for meaning "in the damp, drizzly November of my soul".

Ishmael is an existential outsider. What follows is profoundly modern yet essentially Victorian, spanning 135 chapters. It is a literary performance that is exhilarating, extraordinary, sometimes exasperating and, towards its apocalyptic climax, unputdownable.

When Ishmael ships aboard the Pequod, his own quotidian search becomes inexorably joined to the darker quest, in which the captain of the doomed whaler, "monomaniacal Ahab", sets out to revenge himself on the great white whale that has bitten off his leg. This "grand, ungodly, godlike man", one of fiction's greatest characters – "crazy Ahab, the scheming, unappeasedly steadfast hunter of the white whale" – is not only pursuing his nemesis, a "hooded phantom", across the ocean's wastes, he is also fighting the God that lurks behind the "unreasoning mask" of the symbolic whale.

Eventually, a whaling expedition from Nantucket – something experienced by the young Melville himself – becomes the story of an obsession, an investigation into the meaning of life.

Greatest American novels of all Time

In case you missed all the cookouts and night-time explosions, yesterday was the fourth of July, and we hope you all spent…

John Updike once noted that within American fiction the slot between the fantastic and the drab seems too narrow . Well…