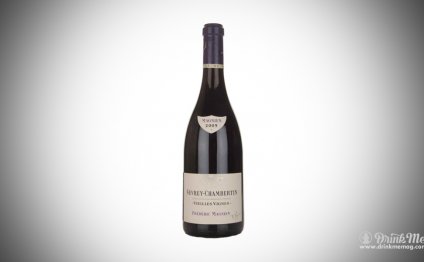 When Granta published its first Best of Young Novelists selection in 1983, the words ‘young’ and ‘novelists’ were an unusual combination. Few people in Britain connected serious fiction with youth. Publishing was felt to be a mature or even elderly trade. Cartoonists drew publishers as men in tweed waistcoasts who smoked pipes, and the typical successful novelist as a well-settled householder in Hampstead, Oxford or a country rectory. Plenty of writers didn’t conform to the caricature—1983’s Best of Young British Novelists welcomed a generation that included Rushdie, Martin Amis, Ishiguro and McEwan—but only in the worlds of music and fashion did youth tend to be taken as an absolute recommendation, a quality to flaunt. It was, perhaps, a mark of publishing’s conservatism that in 1983 Granta’s definition of a young novelist was one under the age of forty.

We held to that rule over the next twenty years. Granta’s Best of Young British Novelists for 1993 and 2003 and its first Best of Young American Novelists in 1996 all took forty as the cut-off point. For the second Best of Young American Novelists we have lowered it by five years—everybody in this issue was born after 1970 and the oldest of them turned thirty-five in 2006. We reasoned that as people seem to be writing (and publishing) fiction sooner—it’s increasingly seen as a career choice by Americans in their early twenties, who attend universities to learn it—they have at least in theory a head start on their predecessors and should be getting better, quicker. We also reasoned that, had we stuck to forty as the upper age limit, several writers in the 1996 selection (Sherman Alexie, Elizabeth McCracken, Edwidge Danticat) might need to be included again, and that the selection of others aged between thirty-five and forty (Dave Eggers and Jhumpa Lahiri are two examples) would give the list too great a sense of establishment and déjà vu.

We made one other change. In 1996 there was a pyramid of judgement in which five regional judging panels read and sifted the work of authors who lived in their region—West, Midwest, South, Mid-Atlantic and New England—and then submitted shortlists to the national judges, so that the final list of twenty was chosen from fifty-two writers rather than a few hundred. I came to the process late as a national judge and the recently appointed editor of Granta, and for reasons I can never understand the national judges were denied sight of a few writers who certainly (and not just with hindsight) should have been on the national shortlist. Where were Nicholson Baker, David Foster Wallace, Michael Chabon, Richard Powers, Donna Tartt? Not present: discarded by folks elsewhere. This time I decided that all the mistakes would be our own—that we wouldn’t be outsourcing anything to judges with God-knows-what axes to grind in California or Kansas. Granta asked for submissions early in 2006 and received nearly 200 books and manuscripts from publishers and agents. Editors at Granta read all of them, if not always all of all of them, and by spring had the elements of a shortlist which with some later additions ran to seventy-five writers. The judges were free to call in books from any writer who had been excluded from the shortlist and reinstate them for consideration, or to put forward any writer we had somehow completely overlooked. One or two did so. There were six judges: A. M. Homes and Edmund White, novelists and memoirists; Sigrid Rausing, Granta’s publisher; Meghan O’Rourke, culture editor of Slate; Paul Yamazaki of City Lights bookstore in San Francisco; and me as the chair. We read through spring and summer and into the fall.

What kind of picture of new American writing emerged? I would say a very different one from the first exercise in 1996. In that year the novelist Robert Stone, one of my fellow judges, memorably wrote that ‘an almost obsessive pursuit of “authenticity”, and a narodnik romance with land and ordinary people’ was still evident in the work of young writers, despite the fact that many of them were suburbanites. (Or perhaps because of it; as Stone wrote, ‘The European-descended writers could be described as post-ethnic and post-regional, in other words beyond the forces that informed much American writing in the past. Aware of this deprivation, they write in pursuit of it.’) A cruder and unfairer way of putting this would be to say that writers wrote about trailer parks with little experience of living in them, and that the influence of Raymond Carver and ‘realism’ lay heavy on creative writing schools.

An aspiring writer choosing a college is a lot like a child trying to make a decision in a candy store. Cliched simile aside…