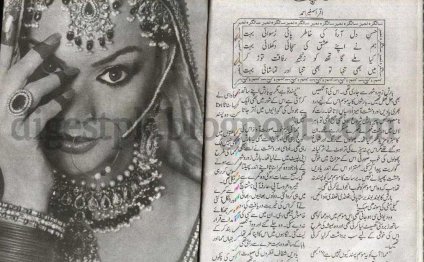 Marlon James, author of A Brief History of Seven Killings, and winner of the Man Booker prize. Photograph: Neil Hall/Reuters

This has been quite a year for the novel, one of those exquisite vintages that come along every decade or so and scotch any critical doom-mongering about the death of the form. It was such a good year that one doesn’t know whether to envy the Man Booker judges the delights of a summer spent devouring novel after magnificent novel, or pity them for having to narrow the books down to a (baker’s) dozen, then six, then to Marlon James’s deserved winner, the violent, polyphonic, masterful A Brief History of Seven Killings (Oneworld). The best winning novel since Alan Hollinghurst’s The Line of Beauty in 2004, or so it seemed to me as I read it over one white-knuckle weekend.

Joining James on the Man Booker shortlist were three other novels of extraordinary power, any of which would have made a fine winner (I’ll pass over Anne Tyler’s A Spool of Blue Thread and Tom McCarthy’s Satin Island, both of which felt like the minor novels of major novelists). A Little Life by Hanya Yanagihara (Picador) was the bookmakers’ favourite in the run-up to the prize, and although it divided critics, I thought the wretched protagonist, Jude St Francis, and his self-inflicted agonies beautifully rendered, the novel’s uncanny allegorical atmosphere unlike anything I’ve read before. The Year of the Runaways by Sunjeev Sahota (Picador) was a quietly devastating examination of immigrant lives, moving between brutal subcontinental poverty and drab subsistence in Sheffield. The Fishermen (One/Pushkin Press), Chigozie Obioma’s first novel, laced Greek tragedy and African folklore into a withering allegory of contemporary Nigeria. The best debut of the year by some distance.

Sunjeev Sahota’s Year of the Runaways was ‘a quietly devastating examination of immigrant lives’ Photograph: Murdo MacLeod for the Guardian

The judges discarded several very fine books in the cull from long- to shortlist: Anne Enright’s The Green Road (Jonathan Cape) was a fierce, funny, loosely woven family saga told by dissipated envoys of the Irish diaspora; Andrew O’Hagan’s The Illuminations (Faber) took on big subjects – war, old age – with a fine, sympathetic eye. His best novel yet, I think. I didn’t find Marilynne Robinson’s Lila (Virago) quite as stimulating as the earlier novels in the coterminous Gilead series, but it was admired by many, while Bill Clegg’s Did You Ever Have a Family (Jonathan Cape) told its heartbreaking tale with tenderness and verve.

Kevin Barry’s Beatlebone (Canongate), released towards the end of the year, deservedly picked up the Goldsmiths prize. It’s a bizarre, fragmented and linguistically inventive imagining of John Lennon’s trip to the island he owned off County Mayo for three days of “scream therapy”. It was also good to see Richard Beard’s brilliantly original and absurdly compelling Acts of the Assassins (Harvill Secker) make the shortlist – a generic mash-up of detective story and dystopian nightmare, it’s a book you’ll read in one, frantic gasp.

While Milan Kundera’s The Festival of Insignificance was a terrible yawn and Jim Shepard’s The Book of Aron a tawdry piece of Holocaust kitsch, other literary heavyweights delivered their best novels in years. Salman Rushdie’s Two Years Eight Months & Twenty-Eight Nights (Jonathan Cape) is a joyous, fractured fairytale with a cast of thousands and a darkly glittering heart. Sebastian Faulks’s Where My Heart Used to Beat (Hutchinson) takes a rangy, Any Human Heart-ish sweep across the 20th century. It’s a melancholy tale of war, love and loss that will leave you gulping back sobs. Jonathan Franzen’s Purity is perhaps not quite as clever as he’d like you to think, but it’s a good deal warmer and funnier than Freedom – a technophobic rant yoked to the baggiest of plots that, somehow, works.

In translation, you’ll have to wait until 2016 to read Laurent Binet’s dazzling follow-up to HHhH, La septième fonction du langage, but I can tell you that it’s stupendously good. This year, though (like last year), was all about the bewitching enigma of Elena Ferrante. The Story of the Lost Child (Europa Editions), the final installation of her Neapolitan quartet, was every bit as sinister and compelling as its predecessors, a vivid and haunting portrait of female friendship that confirms Ferrante as one of the masters of her craft. Do also look out for Finnish author Sofi Oksanen’s When the Doves Disappeared (Atlantic Books), a heartbreaking tale of love and betrayal in postwar Estonia.