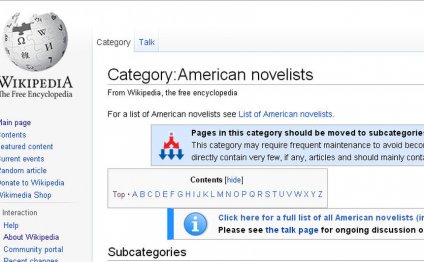 The next meeting of the Texas Regional SSAWW Study Group will be Saturday, April 2, 2016 at the University of Texas Dallas, hosted by Sabrina Starnaman. The common reading is a selection from Sisters of Tomorrow: The First Women of Science Fiction and one of the editors of this volume, Lisa Yaszek, will be our special guest participant.

For more information about the common reading, location, parking, lodging, and meals:

The Study Group is an informal gathering of professors, graduate students, and independent scholars who share an interest in American women’s writing. We share a lunch (provided by the host campus), spend the afternoon discussing the common reading, and have dinner at a local restaurant (paid individually). We welcome new participants to join the conversation, which is always rich and stimulating, and often touches on larger professional concerns (teaching, publishing, mentoring, etc.).

If you’re sending in a notice of a new book or article (and please do send these!), it would be helpful if you could include a link to the press’s page on your book (for books) and to put the article citations in MLA format (for articles).

Other items to send

The H.D. International Society invites paper submissions for a proposed panel, “The Pool Film Group and Beyond: Modernism’s Media, ” at the Modernist Studies Association conference, November 17-20, 2016, in Pasadena, CA. We are especially interested in work that considers Bryher, H.D., and/or Kenneth Macpherson’s involvement with the Pool film group or that in other ways focuses on media technologies and/or media industries in relation to their circle. Please send a brief bio and 250 word abstract to Rebecca Walsh (rawalsh@ncsu.edu) and Celena Kusch (ckusch@uscupstate.edu) by April 12, 2016.

For more information about MSA 2016 in Pasadena, here is the conference link:

The University of Texas at El Paso (UTEP) seeks a dynamic scholar and leader for the position of Director of African American Studies. Founded more than twenty years ago, African American Studies at UTEP offers a rich mix of programming linking students, faculty, staff and members of the community in the El Paso border region and beyond. This context provides exciting opportunities to explore the intersections of African American and Latina/o experiences and draw on UTEP’s important civil rights history.

CFP – Studies in the Novel

Special Issue: “Gender and the Cultural Preoccupations of the American West”

is currently seeking submissions for a special issue on “Gender and the Cultural Preoccupations of the American West, ” guest edited by Sigrid Anderson Cordell (University of Michigan) and Carrie Johnston (Bucknell University), which will be published in fall 2017.

This special issue examines the novel as a tool of political engagement through which women writers have challenged prevalent notions of the American West as masculine, antimodern, and untouched. Even thirty years after Annette Kolodny’s foundational study The Land Before Her, recent work by Nina Baym and Krista Comer has shown there is considerable work to be done to account for women writers’ engagement with the West as an imaginative and political space. Likewise, new directions in gender studies, border theory, settler colonialism, and critical regionalism have made new conversations about the Western as a literary genre increasingly urgent.

We invite contributions that examine the ways that women novelists have located themselves in the West—both imaginatively and geographically—asking how these narratives have engaged cultural “preoccupations” with the West as an extension of the predominantly white, masculine public sphere. Examining these narratives, contributors will also evaluate gendered representations of the longstanding contested nature of the “occupation” of western territories and, more recently, US borders.

*The birth of Ann Plato around 1820 is celebrated on this date. She was a nineteenth century Black educator and author. Plato…