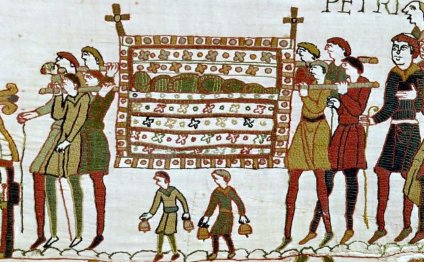 The hottest literary topic on the ‘Net right now is reaction to Anis Shivani’s article in The Huffington Post, “The 15 Most Overrated Contemporary American Writers.”

While the “list” claims to be fifteen, his sometimes bitter rambling actually names close to thirty writers. The outrage from those on the fringes of the literary community is sometimes understandable, but it’s mostly driven by emotion and the fact that they’ve been instructed to reassess their literary heroes and their literary palates. Shivani’s article is a two-part piece: the first asks a couple of guiding questions (Are the writers receiving the major awards and official recognition really the best writers today? Or are they overrated mediocrities with little claim to recognition by posterity? ), and the second part absolutely tees off on every well-known writer from Amy Tan to Jonathan Safran Foer to Denis Johnson.

The first part of the article is fair. Who among us has not asked those questions in one form or another? How many times have you heard one of your writer-friends tell you that it’s all about the current market…that the big publishers don’t want good writing…that literary fiction writers are being screwed? Wah, wah, wah…Whine whine whine. I think I’ve whined about it more than a few times.

Shivani makes good points about the state of literary criticism today — how it’s basically nonexistent, then follows that sentiment up with an attack on the politics of MFA Programs:

The MFA writing system, with its mechanisms of circulating popularity and fashionableness, leans heavily on the easily imitable. Cloying writers like Denis Johnson, Amy Hempel, Lydia Davis, Aimee Bender, and Charles D’Ambrosio are held up as models of good writing, because they’re easy enough to copy. And copied they are, in tens of thousands of stories manufactured in workshops. Others hide behind a smokescreen of unreadable inimitability–Marilynne Robinson, for example–to maintain a necessary barrier between the masses and the overlords. Since grants, awards, and residencies are controlled by the same inbreeding group, it’s difficult to see how the designated heavies can be displaced.

There are two items of note here. One: this quote attacks what I like to call the Literary Pyramid Scheme. When you’re a writer looking for recognition you feel is lacking, you make a Facebook page, then accept every Friend Request from here to Bangladesh, including your contemporaries. The idea is to build up a sleazy little mutual admiration society, so when the new book comes out, you know you’ll probably sell at least, what…

Then there’s the issue with the names Shivani mentions. When I first read this piece, I was defensive. Junot Diaz? Lydia Davis? Amy Hempel? Denis Johnson? All he had to do was mention Dave Eggers and my testicles would have disintigrated. Shivani attacks the writers I enjoy, have emulated, have imitated, are friends with. It hurt me, and I suspect it hurt most of those who are hitting back at Shivani. After my initial wave of paranoia (Whoa, is this motherfucker talking to me?), I got over it and saw through his anger to see his points. What helped me get over it was the ridiculous response from those blogging back. The biggest offender was Publishers’ Weekly, which has done more damage to good writers than The Huffington Post ever will. PW Blogger, Craig Morgan Teicher, started a conversation that asked people to name the most underrated writers by throwing his friend Stephen Elliott out there. I like Stephen Elliott, have read his books, think he’s a good guy, but then he Tweeted this article his friend wrote three times, published it on his (really cool) site The Rumpus, and gave himself the publicity he, and just about every other writer out there, craves.

Here’s where Shivani slips up. Sometimes he’s a bit of a dick, evidenced by these words about Amy Tan, who, according to Shivani “Empowered other immigrant writers to make mountains out of the molehills of their minor adjustment struggles…”

Ummm, what? Yes, definitely. Immigrants have it easy.

Then he attacked Jhumpa Lahiri, stating that she is “Utterly unwilling […] to write about anything other than privileged Bengali immigrants with PhDs living in Cambridge’s Central and Inman Squares, and making easy adjustments to the top of the American meritocratic pyramid.”

Tough talk from a guy who was privileged enough to attend Harvard (How’s life on planet Meritocratia, Anis?)

Still, I’m a fan of Anis Shivani. I’m tired of everyone on Facebook being “friends” with everyone else; “Liking” the fact that John Q. Narcissist “just wrote 1236 words while listening to Wooly Beaver on his iPod.” It’s about time someone with access to a high profile web presence did something to break up this creepy literary mutual admiration society. You can find more about his literary criticism here.

Resonances: Contemporary Writers on the Classics