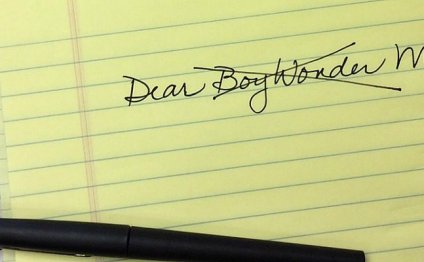 If someone asked you to describe the 10 best days of your life, how would you answer?

Most people start off listing the days their children were born, the day they got married, and other other big milestone events.

But once you get past the top four or five things, the days that people cite as their "best" days are usually quite ordinary: days spent with family and friends, doing enjoyable, yet average things like picnics or swimming.

Think about your 10 best days: What are the best memories imprinted in your brain?

Most of the time, we don't even realize that we're experiencing one of our best days while we're having it. It's only when we look back that we realize how happy we were.

A few years ago my daughter and I were on a trip together when we got the news of a dear friend's passing. We got the news via email. We were out of the country, and there was nothing we could do at the moment. We couldn't even call the family.

My daughter and I spent our dinner that night discussing the fleeting nature of life. That's when I came up with the "What were your 10 best days?" question.

My daughter cited some of her best days as the day she learned to ride a bike and a day we spent at the lake with my parents. As I looked at my dear daughter across the table, I realized, today is one of my 10 best days.

I was a little embarrassed to say it out loud. But I thought of our friend and how many seemingly-ordinary moments of his life did he later realize were special. So, filling up with emotion, eyes brimming over, I looked her straight in the eye and said, "Today is one of my 10 best days." To my surprise, she got teary eyed herself.

It was a rare instance for me; I actually recognized the beauty of a moment while I was still in it.

I once read a story about a soldier in a POW camp who kept himself sane by remembering a glorious spring day as a kid, when he and his siblings, along with their parents, and the neighbor kids with their parents, spent a wonderful afternoon flying kites. The adults had been uncharacteristically lured away from their usual Saturday chores because the weather was fine, and the kids were having such a grand time.

One woman, who was a child the day they flew the kites, described a scene years later when her own young daughter was begging her to go the park. The busy mother declined, saying she had too much work to do. But then her mother, who was sitting in the room listening, said wishfully, "It's a beautiful day. It reminds of that day we flew the kites."

The younger mother paused, as the emotions of the long ago kite-flying day returned. She put aside her work, grabbed her daughter's hand and headed for the park.

Here's the thing about those 10 best days: They're even more fun if you stay fully present while you're experiencing them.

She has appeared on The Today Show, and has been featured in Forbes, Fortune and The Wall Street Journal.

Kellie Pickler《Best Days Of Your Life》

thoese were the best days of my life

Kellie Pickler - Best Days Of Your Life (At The Grand Ole ...

Best days of Our Lives

It was a heck of a year in Salem! From the return of some of our favorite characters and the rekindling of a romance to the…

Song the Best days of my Life

The Best Dayis a song written by Dean Dillon and Carson Chamberlain, and performed by American country music singer George…