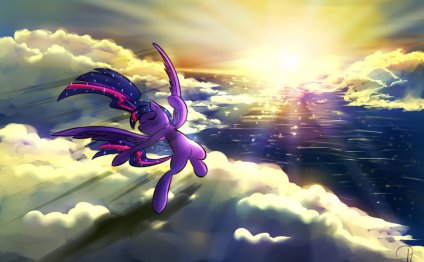 Best Day of my Life Music

I’ve done movie reviews for a handful of various outlets over the years, going back to 1990. I joined the San Diego Film Critics Society about six years ago, and realized that when you’re part of a city’s Film Critic group, the studios pay attention. The amount of DVDs and other gifts (some would call those “bribes”) we get in the month of December is incredible. Occasionally you have to deal with an angry publicist that wants to know why you hated the movie…or a former A-list actress that threatened to sue because of something I wrote (my boss promptly edited that section out).

A few times when I praised a movie — one time being the underrated The Square, film noir out of Australia — they asked me if they could use my quote on the DVD box. I was ecstatic, until about 6 months later when I saw that movie in an Albertson’s grocery store and saw the movie for sale. There was a quote on the box from a huge publication like Time Magazine, who said the same thing I did. Can’t blame them for going with the same quote but from a bigger publication. And on the subject of bigger things, I joined the Broadcast Critics Association last year. That didn’t increase the amount of DVD screeners I got, but a few more gifts from the studios. The Star Wars folks sent us a T-shirt and stormtrooper mug for deciding to put their movie in our list of nominations. Sam Smith sent an autographed copy of his James Bond theme song. Being in the BCA means I get to vote on the movies in the Critics’ Choice Awards, as well as attend the awards ceremony. And I’m going to steal a line from Jacob Tremblay, who I voted for and who won, the best young actor award for Room: “This is the best day of my life.”

It may not have been the best day of my life, but certainly one of the best parties I’ve ever attended.

My girlfriend Tina and I drove up to L.A. on Sunday and hit the reception they had set up hours before the show. There weren’t many people when we walked in and I saw James Lipton (Inside the Actors Studio) sitting on a couch by himself. I immediately walked over to him. Not because I’m a huge fan. They had chocolate Rolo’s in a bowl on all the tables, and I wanted to grab a few. As we smiled at each other, I was tempted to yell, “A**hole!” And when he looked shocked at thinking I was calling him a bad name, I’d say, “That’s my favorite curse word.” (It’s a question he asks all his guests). I figured that might be confusing so instead I just made small talk. He asked if I was a critic and said, “I hope you voted for me.”

There were so many delicious appetizers being brought around, I was bummed I had gotten something to eat at Starbucks an hour earlier (although it didn’t keep me from downing about 6 sliders). It also surprised me when I overheard actor Rami Malek and his Mr. Robot cast saying they were going to go eat at Mr. Chow’s. Why eat there when there were so many great items here? But I digest.

At one point when Tina and I were talking, another couple came over. The woman was in the movie Son of Saul, and we talked about that for awhile. She was a bit bummed a film called The Fencer didn’t make it into the Oscar nominations.

After they left and we were working on our second glasses of champagne, I noticed a few people directly behind me. I said to Tina, “Those might be the two best looking people I’ve seen in my life.”

I had no clue who they were at first. The woman was Nancy O’Dell from Entertainment Tonight. Tina said, “I think that guy was the star of the show JAG.”

I never watched that but as I looked at him, I remembered he played John Wayne in the movie Trumbo. I introduced myself and he excitedly said, “I just read your review on Trumbo the other day. My daughter sent it to me. It was great. Thank you so much for what you said.”

I’m probably the only critic in the country that both mentioned his great performance and knocked the usually brilliant Helen Mirren for over-acting (although she did get a nomination from BFC).

The DJ was doing a great job of playing a lot of dance/hip-hop tunes, but mixing in a lot of the more classic dance tunes that an older crowd can appreciate. Also great to hear a few David Bowie songs worked in to the mix.

When I went to the bar to grab a glass of wine, Holland Taylor (the Harper mom on Two and a Half Men) walked up holding actress Sarah Paulson’s (American Horror Story) hand. Apparently, this was their first appearance anywhere as a couple. And if there’s anywhere that a 31-year age difference (or same sex couple) didn’t stick out, it’s at a Hollywood party. I was more shocked by Taylor’s short cropped, spiked up hair.

As she stood next to me at the bar, I wanted to ask her to for a crazy story about Charlie Sheen on the set. Instead, I merely said, “I enjoy your work.”

Comedic actor Ken Jeong (Hangover, Ride Along 2) and his cute wife (also a doctor) walked in. He was one of the presenters and we spoke briefly. It was a thrill for me to get a big laugh out of him for something I said.

Jacob Tremblay, the young actor from Room, walked in with his parents. I told his dad that Room was one of my favorite movies of the year and his son’s performance was incredible. As I started to say something else, I noticed Jacob sticking his hand up to me. I shook his hand as he said, “Thank you, sir.”

I asked him if the long hair in the movie was his and he said, “No. It was a wig.”

I told them how I felt he should’ve gotten an Oscar nomination for his performance. At least he got the thrill of winning the award for Best Young Performance. And he stole with his speech, saying the critics had a tough job because there were so many great actors in his category. He also couldn’t reach the microphone and stood on his toes. He mentioned the cast of the movie and said that he loved his parents. He ended by saying he’d put the award on his shelf next to his Millennium Falcon. The crowd adored it, and I’m sure J.J. Abrams (who was in the crowd) especially liked that.

I would later see him backstage. He was holding a cupcake about as big as his trophy.

Sylvester Stallone happened to walk by (he had just won an award and was coming back from his trailer). I told him I loved Copland and he smiled. I couldn’t tell him I loved Creed, because I didn’t. I also voted for Tom Hardy over him in the supporting actor category.