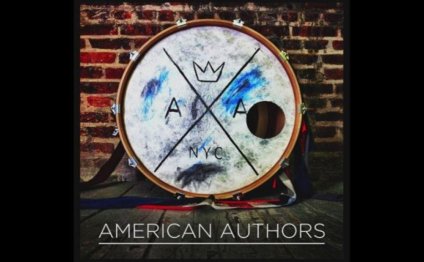 Life's biggest moments rarely work without a soundtrack. That's why weddings have first dances, athletes have walk-up songs, and road trips have playlists. Back in 2013 no song seemed to resonate more with those seeking to set that special moment to song than American Authors' "Best Day of My Life". It was everywhere, accompanying videos of proposals, marathons, vacations, singing competitions, even freakin' Kidz Bop. The song was a phenomenon, one the band is still trying to wrap their head around. "It become a lot of people's anthems", singer Zac Barnett recently told us. "Which is cool".

It took us a while (it seems like we've been asking for 2 years) but we finally had the band soundtrack our own momentous moment when they stopped by our Brooklyn digs for a rousing, euphoric session of new songs, plus the obligatory American Authors classic. Here the quartet strip down; a formation that agrees with the group in that it harks back to their roots and serves as a reminder that they are real musicians. Our session also finds the band at an interesting time in their career. They've nearly finished their follow-up to their debut, Oh What A Life. They are looking ahead, but appreciating their journey to date...a story that they're once again creating the perfect soundtrack to.

Last month, Bryan Adams announced the release of his thirteenth studio album, Get Up, and now, EW is excited to premiere…

Mark W. Lee is an American novelist, children s book writer, poet and playwright. He has worked as a war correspondent and…