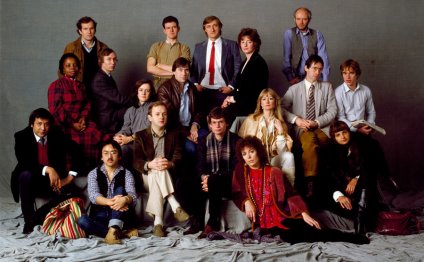 A seminal figure in the Harlem Renaissance, Claude McKay was a Jamaican-American writer who would become hugely influential with his politically charged celebration of African American and Afro Caribbean culture. He was born in 1889 in Clarendon, Jamaica and revealed his poetic abilities early, writing his first poems at age ten. He would publish his first book of poetry Songs of Jamaica in 1912, a lyrical depiction of his island which was written in Jamaican patois, his native dialect. He left Jamaica to study in the United States in the same year, and became rapidly disillusioned by the racism he encountered in the Southern states. He travelled widely in Europe before settling in Harlem where he became involved with the thriving society of intellectuals that was to go on to constitute the Harlem Renaissance. His work Home to Harlem celebrated the life of the area at the time, while also depicting the alienation and anomie that was a part of black urban life at the time. He remains widely read in both Jamaica and the United States, and he is recognized for his pioneering attempts at literary self-possession.

An influential figure who combined literary talent with nationalistic fervor to profound effect, Roger Mais inscribed the budding anti-colonial sentiment of Jamaica in his works, and in doing so fostered its growth. He started publishing fiction in the early 1930s following several years as a journalist and became involved in The People’s National Party independence movement at the same time. He published a series of pro-independence essays and stories during the next few decades, which eventually led his to be arrested for sedition and imprisonment for six months. Following independence his works were celebrated and new novels such as The Hills Were Joyful Together and Brother Man offered intriguing perspectives on Jamaican society and social ills. He is remembered as an icon of Jamaican literature, who offered a fearless depiction of the inequality and suffering of colonialism.

A novelist and poet who was a part of the generation of Caribbean writers who came to prominence in the 1950s, Andrew Salkey remained a leading figure within Caribbean literature until his death in 1995. He was an editor and broadcaster as well as a writer and spent much of life promoting the work of young Caribbean writers and artists, either through the anthologies which he often worked on, or through the work of the Caribbean Artists Movement, or the Bogle L’Ouverture Publishing house. One of his primary forms of advocacy for young writers was his work for the BBC’s Caribbean section, where he would often promote the voices of writers such as Sam Selvon and George Lamming. He published novels, stories and poems throughout his career and is remembered for acclaimed works like Hurricane, Riot and Drought.

A pioneering figure in postcolonial critical theory as well as a leading Jamaican writer, novelist, and dramatist, Sylvia Wynter remains an influential figure within Caribbean literary and scholarly circles. Born in 1928, she was particularly active in the 1960s during which time she published a succession of literary and critical works which attempted to establish and celebrate and indigenous tradition within the Caribbean. She also published her only novel, The Hills of Hebron, during this period. This was written on the cusp of Jamaican independence from Britain and was a groundbreaking portrayal of an anti-colonial community in which Afro-Caribbean religious and cultural practices are embraced. It was an early manifestation of what would come to be known as post-colonial literature, and marked Wynter out as a leading figure in Jamaican literature. She went on to devote herself to academia and published numerous essays and critical works reporting on the state of Caribbean identity and cultural politics.