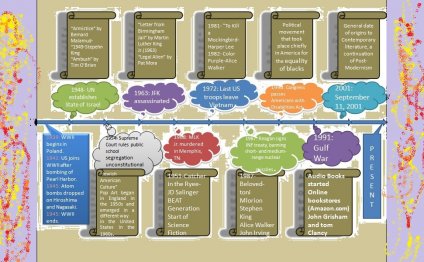 Until he was invited to a symposium at New York’s Yeshiva University in 1962, Philip Roth felt fairly comfortable as a Jewish writer. But that night, the celebrated young novelist was jeered and threatened, called a self-hating Jew and an anti-Semite—all by an overwhelmingly Jewish audience that Roth had expected to be welcoming.

Roth’s sin was his warts-and-all portrayal of Jewish characters in his short-story collection Goodbye, Columbus—Jews who took advantage of other Jews, avoided synagogue, and sold out their communities. At a time when the scars from the Holocaust were still fresh and Jewish Americans were struggling to break the glass ceiling, Roth’s unapologetic prose infuriated many in “the tribe.”

“It was the most bruising public exchange of my life, ” Roth later recalled, but a defining one. His novels, from Portnoy’s Complaint to American Pastoral, to his latest, Indignation, would dwell largely on those same themes of Jews finding their place in American society (often by running away from Newark into the arms of shiksa goddesses). “After an experience like mine at Yeshiva, ” Roth said, “a writer would have had to be no writer at all to go looking elsewhere for something to write about.” Indeed, the first generation of Americanized Jewish writers—Roth and Saul Bellow foremost among them—filled their books with stories of Jewish assimilation that perfectly captured the hunger for the American Dream and made their authors some of the most acclaimed American novelists of the past century.

Today a new breed of American Jewish writers can be found on the best-seller lists (although Roth still shows up there with impressive regularity). Equally comfortable with their American and Jewish identities, this group, which I’ll call the New Yiddishists, is responsible for a renaissance in Jewish storytelling that is turning the narrative of assimilation on its head.

One part Isaac Bashevis Singer and one part Roth, the New Yiddishists include Dara Horn, Nathan Englander, Michael Chabon, and Nicole Krauss and her husband, Jonathan Safran Foer, and they have several New York Times best-sellers and a Pulitzer Prize (for Chabon’s The Amazing Adventures of Kavalier & Clay) to their credit. Though few of the New Yiddishists actually know Yiddish (unlike the original, Eastern European–born Yiddishists, such as Singer and Sholem Aleichem, whose adherence to the language defined them as a group), there’s continuity between their voices. Their work is filled with scenes out of Jewish mysticism and Yiddish fables, and it is set in such insular Jewish communities as Ukrainian shtetls and Hasidic neighborhoods in Brooklyn. The Amazing Adventures of Kavalier & Clay kicks off with the legend of the Golem of Prague, a mythical creature that protected the Jews of that city. Englander’s short story “The Twenty-Seventh Man” chronicles the execution of 26 of Soviet Russia’s leading Yiddish writers with a deliciously Jewish sense of satire.

Many of the books feature a protagonist commonly found in Yiddish literature: what the scholar Irving Howe called the “little man, ” an anti-hero who is the opposite of strength. Safran Foer’s vegetarian self in Everything Is Illuminated fits this role, as does Krauss’s dying locksmith Leo Gursky in The History of Love, and Horn’s brilliant but cowardly Benjamin Ziskind in The World to Come. Then there are the flinty characters, such as Chabon’s hard-boiled detective Meyer Landsman in The Yiddish Policemen’s Union. Unlike the culturally conflicted individuals in Roth’s and Bellow’s work, all of them are unabashedly, unambiguously Jewish.

The New Yiddishists emerged during a turning point for American Jewish identity. Never in history have Jews been so integrated and accepted into the mainstream of a Diaspora country. Today, nearly half of American Jews marry outside the faith, while synagogue attendance continues its decline. Yiddish, a language that the majority of Jews once spoke, has been reduced (for most Jews) to a smattering of funny-sounding catchphrases and penis jokes. The generation of American Jews to which the New Yiddishists belong came of age questioning their sense of self. If you didn’t belong to a synagogue, keep kosher, or marry another Jew, then what exactly did it mean to be Jewish? Did it go beyond your DNA and a fondness for pastrami?

But in the first decade of the 21st century, with the rise of Islamic terrorism and the increasing vilification of Israel around the world, shouts of “Death to the Jews” could suddenly be heard on the news, and American Jews began to feel a nagging sense of otherness again. At the same time, various cultural foundations were pouring millions of dollars into programs to stem the tide of assimilation. As a consequence, Jewish culture looked inward for the first time in decades.

“There emerged a heightened sense of Jewish identity because of 9/11, ” says Dara Horn, who grew up in the same secular suburban New Jersey community Roth immortalized in Goodbye, Columbus. She points out that contrary to the pattern often depicted in Roth’s books, many of her generational peers have become more outwardly Jewish as they have gotten older. “When Jews came to this country, the way to piss off your parents was to eat pork and marry a shiksa, ” Horn says. “Now the best way to piss off your parents is to go to Chabad [a Hasidic missionary organization], marry at 18, have 10 kids, and refuse to eat in their house because they’re not kosher enough.… But there’s also an opportunity to engage in Jewish life that didn’t exist for previous generations.”

That cultural renaissance has taken the form of magazines and Web sites such as Heeb, Jewcy, Guilt & Pleasure, and Nextbook; record labels (JDub) and micro-brews (He’Brew, “the Chosen Beer”); and countless grassroots initiatives in the arts and academia. For the first time in many decades (perhaps ever?), being Jewish—outwardly, proudly, Neil Diamond–ly Jewish—is cool, and the New Yiddishists are the literary vanguard of that. They are vastly more comfortable in their Jewish skin than previous generations of American Jewish writers ever were, and their stories reflect that.

A Champion of Contemporary Armenian Literature

Building on a record of excellence in the student s M.A. preparation in the broad range of English and American literature…

By Elizabeth DiEmanuele Contemporary American literature is subversive. It contains an element of the surreal, bizarre names…