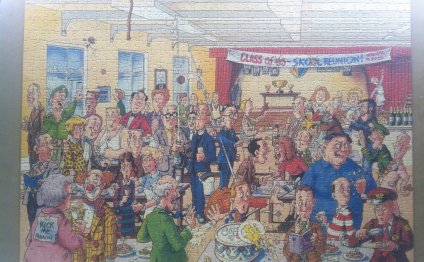 Best days of Our Lives

It was a heck of a year in Salem!

From the return of some of our favorite characters and the rekindling of a romance to the murder spree of a serial killer and the copy cat we never expected, 2015 definitely shook things up on Days of Our Lives.

There were moments we won't soon forget and those we wish we could. From the best moments to the worst, the most anticipated stories to the most disappointing, the best redeemed character to the couple we think holds the most potential for the future, it's all right here.

Check out our list of the best and worst that 2015 had to offer on Days of Our Lives.

Bo and Hope were one of Salem’s most popular super couples so when Bo Brady went off to work on an undercover mission that never ended, it left a huge hole in our hearts. When we heard Bo was coming back, we were thrilled and it was wonderful to see him again. The chemistry between Peter Reckell and Kristian Alfonso felt as though they were never apart. Unfortunately Bo’s return was far too short. Too many weeks were spent with him locked away being tortured when all we wanted to see was Bo spending time with family and friends. Even his death felt rushed but despite it all, we were still thrilled to see Bo Brady one last time.

His return felt like a huge let down. Shawn showed up just as his mother was set to marry Aiden and hung out in Salem just long enough to bury his father. But to be honest, if felt like he came back just to say his marriage was over before flying back to Maine.

They were a super couple in the '80s but time and distance had split them apart. When Steve finally made his way back to Salem, we wondered if there was still hope for this once solid couple. Thankfully, we got our Christmas wish. If Bo Brady's death had one upside, it was that it brought Steve and Kayla back together. Even though we're still not sold on the return of Ava Vitale, we're thrilled to have Steve and Kayla working together as both a couple and a team. We can't wait to see more.

Serena showed up in town with a connection to Eric Brady that had been completely off screen. Then she was launched into the middle of the most boring story of the year. When she was strangled to death by the Neck Tie Killer the only remorse we felt was that her demise didn't come sooner.

5. Most Disappointing Death: Will Horton

Will Horton died at the hands of the Neck Tie Killer in one of the least expected deaths of the year but it left us with just one question: Why? Will was the son of Sami Brady and Lucas Horton, meaning he had ties to two core families. He was also half of the show's only gay couple. In the past, Will had been both beloved and divisive, which meant he could have had an incredibly interesting future. There was no reason why the writers couldn’t have sent him off to Paris to try and work on his marriage with Sonny and brought him back some time later. Instead, a core character is lost forever for no good reason that we can see. What a senseless loss for Salem and viewers.

Amber and Matt: Best Day of Our Lives

Best Day of our Lives song

A town where the question “where’d you go to high school?” is as ubiquitous as “would you like that dressed?” it is appropriate…

Song the Best days of my Life

The Best Dayis a song written by Dean Dillon and Carson Chamberlain, and performed by American country music singer George…