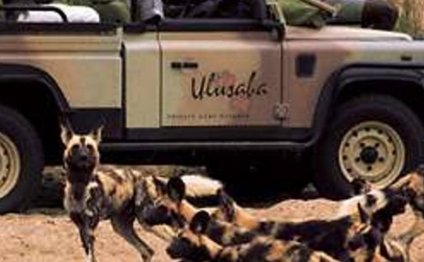 The history of African Americans is entwined with the legacy of racial slavery and its vicious, violent heir - segregation, both violations of the American political ideals of liberty and equality. To achieve the goal of human and civic equality with Americans of predominantly European descent, prominent African Americans often mirrored the highest ideals of America in order to convince European Americans they were worthy of equality. Nevertheless, they also had to show their own people they were more than the sum of the injuries inflicted upon them. They were driven by the need, according to African-American and lesbian poet Audre Lorde, to create a working tomorrow.

In any group of famous people, most are men: Only since the feminist revolution of the 1960s have large numbers of women begun to take their rightful place in the larger world outside the home. The African-American community has been deeply scarred by the poverty and educational deprivation that were the legacy of slavery and segregation, but African-American women are still often poorer than their brethren. Moreover, while white suffragists often began as abolitionists - their feminism grew out of their opposition to slavery - the orator and reformer Frederick Douglass (1818–1895) was one of the few men, black or white, to support suffrage for women, black and white.

Nevertheless, African-American women have been famous in their own right: Singers such as Blues artist Bessie Smith (1894–1937) and Jazz artist Billie Holiday (1915–1959) permanently enriched music. The grace and dignity of singer and civil rights activist Lena Horne (1917–2010) powerfully rebuked those who wished to think of African-American women as beneath respect because of their poverty. The enduring courage of women like the abolitionists Harriet Tubman (c.1822–1913) and Sojourner Truth (1797–1883) was common among African American women of the civil rights movement.

Fame for African Americans has been intimately entwined with the civil rights movement, which has traditionally been nonviolent. Civil rights activist Malcolm X (1925–1965) was exceptional in his uncompromising language: "When a person places the proper value on freedom, there is nothing under the sun that he will not do to acquire that freedom. Whenever you hear a man saying he wants freedom, but in the next breath he is going to tell you what he won't do to get it, or what he doesn't believe in doing in order to get it, he doesn't believe in freedom. A man who believes in freedom will do anything under the sun to acquire ... or preserve his freedom."

This was not the language of a criminal: Malcolm X deliberately used the perceived threat of retributive violence to pressure white authorities into backing Dr. Martin Luther King Jr. (1929–1968). As he told King's widow, Coretta Scott King (1927–2006), herself a civil rights activist, "If the white people realize what the alternative is, perhaps they will be more willing to hear Dr. King."

While Dr. King and the larger civil rights movement publicly espoused the ideal of nonviolence, civil rights activists were far more willing to defend themselves with deadly force than is commonly known. By February 1965, the Deacons for Defense and Justice were openly confronting the Ku Klux Klan. In the words of labor organizer and historian Lance Hill, they "openly flouted the age-old Southern code that denied blacks the right of open and collective self-defense, and by so doing they made an implicit claim to social and civil equality." Most of the Deacons were men, some of them former Army infantrymen, even combat veterans of the Korean War (1950–53) and World War II (1939–45).

To a significant extent, the Deacons were the product of a long struggle to integrate the U.S. military, one of the major goals of the National Association for the Advancement of Colored People, founded in 1909 in response to mass lynchings of black people. Its founders included the African-American scholar, writer and educator W.E.B. DuBois (1868–1963). Other men involved in the integration of the military were Brig. Gen. Benjamin O. Davis Sr.(1877–1970), the first black general in the U.S. Army, and his son, Gen. Benjamin O. Davis Jr. (1912–2002), the first black general in the U.S. Air Force. Colin Powell (1937-) was the first African-American chairman of the Joint Chiefs of Staff and the first black Secretary of State. Condoleezza Rice (1954-) was the first female African-American Secretary of State. On January 20, 2009, Barack Hussein Obama (1961-) became the first African American president of the United States.

The New York-born artist Edmonia Lewis, of African-American and Native-American descent, studied at Oberlin College in the…