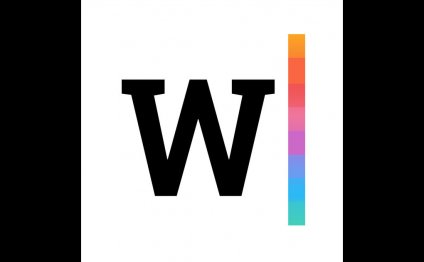 Lu Xun (or Lu Hsun, pronounced "Lu Shun"; 1881-1936) has been considered China's greatest modern writer for most of the 20th century. Many of the other authors of fictional works of social criticism popular during the 1920s and 1930s have been at least partially discredited or criticized during the various political movements in China since 1949, but Lu Xun's reputation has remained consistently distinguished. Mao Zedong (1893-1976) called him "commander of China's cultural revolution."

Perhaps it was because Lu Xun died relatively early in the Communist movement that he has not been criticized for making the kinds of political "errors" for which his colleagues have suffered. But the sophisticated complexity of his writing style, which lends itself to various interpretations, is also an important factor in his achievement of a position of preeminence. Though he was an influential essayist, Lu Xun is best known for his short stories. Chinese writers of the 1920s and 1930s were deeply distressed by the social and political disasters they saw all around them. Some put all their faith in an ideological movement and wrote propaganda pieces advocating revolution. The most doctrinaire of these works of "revolutionary literature" are hardly literary: They are more concerned with presenting political solutions than with lifelike characters, realistic situations, or deeper insight into human nature. Other writers felt less certain of what solution to propose and used their fiction instead to vividly and sensitively describe the current plight of the Chinese, with the implied intention of stimulating readers to realize the necessity of acting to eliminate such human degradation and corruption.

But Lu Xun chose neither of these options. In the early 1920s, he did not feel absolute optimism that radical social change would occur in China, and he did not project idealized revolutionary heroes or situations in his fiction. Yet on the other hand, he also did not simply offer sensitive descriptions of the sufferings of the Chinese people. Instead, through vivid analogies and exaggerated characters, Lu Xun presented his personal vision of Chinese society. The intensity and darkness of this vision makes reading a Lu Xun story a moving and disturbing experience.

Lu Xun is the pen name of the writer born as Zhou Shuren (Chou Shu-jen) in 1881 to a family with a strong Confucian background. His grandfather served as a high official in Peking (Beijing), and his father was also a scholar. But Lu Xun's childhood was filled with hardship. Not only did he endure the Sino-Japanese War and the Boxer Rebellion [1], but his father suffered from chronic illness, and the family was so poor they had to pawn their belongings to buy his medicine. Moreover, when Lu Xun was thirteen, his grandfather in Peking was accused of complicity in a bribery case and was detained in custody for seven years; every fall during this period the family had to send money to the Ministry of Punishment to insure that the grandfather would not be sentenced to death. This overt corruption certainly influenced Lu Xun's contempt for the traditional system of government.

In 1904, he went to Sendai, in Japan, to study medicine, but he soon realized that China needed "spiritual medicine" even more than treatment for physical ills. Lu Xun returned to Tokyo in 1906, and decided to devote himself to education and literature rather than medicine, thus expressing his lifelong dedication to teaching and encouraging young people as the major hope for China's future.

Lu Xun's last story, "Divorce, " was published in 1925. The following year Lu Xun protested the killing of students in a demonstration, and he had to flee. He went to Amoy (Xiamen), then Canton (Guangzhou), then Shanghai, and continued to aid leftist students [2]. From this time until his death in 1936, Lu Xun supported political change through overt action and "pen warfare": He was a prolific writer of short, biting essays attacking social injustice and political corruption. He avidly encouraged young writers, translators, and artists, and was a particularly enthusiastic supporter of woodblock prints which depicted the intense sufferings of the Chinese people to show the desperate need for a revolution.

[1] The Boxer Rebellion was an uprising of Chinese people against the existence of foreigners in China. They wanted to make all foreigners leave China
[2] Leftist students were those who rebelled against the political system and sought social and political change.

Acknowledgment: The consultant for this unit was Dr. Marsha Wagner, Columbia University.

The famous writer Massimo Lerose presents his new book and ...

Famous Books and Their Authors (By Anita Sharma)

Sir Malcolm Stanley Bradbury CBE was an English author and academic. He is best known to a wider public as a novelist. Although…

First Sentence: ”It is after midnight on one of those Friday nights when the guests have all gone home and the host and hostess…