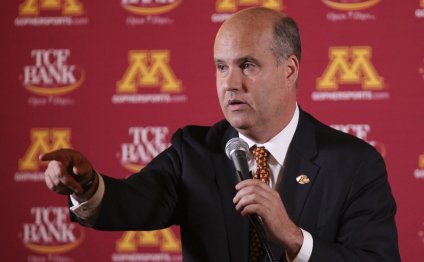 The New York-born artist Edmonia Lewis, of African-American and Native-American descent, studied at Oberlin College in the early 1860s and later gained fame as a sculptor. Her work included busts of Robert Gould Shaw (the Boston army colonel killed while leading black Union Army troops in the Civil War), John Brown and Abraham Lincoln, as well as sculptures inspired by the Emancipation Proclamation and the narrative poem “The Song of Hiawatha” by Henry Wadsworth Longfellow.

The Civil War era spawned some memorable autobiographical works by African-American women, such as the diaries of Charlotte Forten, the daughter of a Philadelphia civil rights activist. The former slave Elizabeth Keckley, who became a confidante of Mary Todd Lincoln, published “Behind the Scenes; or, Thirty Years a Slave and Four Years in the White House” in 1868, while Frances Ellen Watkins Harper wrote “Sketches of Southern Life” (1872), a volume of poetry based on her travels among freed people in the Reconstruction-era South.

In the years following World War I, black visual artists produced an increasing amount of work influenced by the aesthetic traditions of Africa. One of the earliest artists to do so was Meta Warrick Fuller, who became the first black woman to receive a federal commission for her art. Fuller’s works including the sculpture “Ethiopia Awakening” (1914), anticipated the resurgence of African themes in the art of the Harlem Renaissance. Prominent artists of this era included the sculptor Augusta Savage–renowned for her busts of black leaders W.E.B. DuBois and Marcus Garvey, as well as a piece for the 1939 New York World’s Fair inspired by James Weldon Johnson’s poem “Lift Every Voice and Sing”–and the painter Lois Mailou Jones, whose 1938 painting “Les Fetiches” depicted several different types of African-style masks.

Over the first two decades of the 20th century, continuing racial injustice and widespread reports of lynchings and other violence inspired a literature of protest, including the short stories, novels and commentary of Pauline E. Hopkins, editor of the Colored American’s Magazine. The 1920s, of course, saw a flowering of African-American literature based in the New York City neighborhood of Harlem. Among the most eloquent voices of the Harlem Renaissance was that of Nella Larsen, author of the novels “Quicksand” (1928) and “Passing” (1929). Zora Neale Hurston, who studied at Barnard and Columbia in New York, published early short stories during the Harlem Renaissance but would become most famous for her 1937 novel “Their Eyes Were Watching God.”

The hardship of the Depression and the coming of World War II refocused African-American literature and art towards social criticism, as evidenced by the work of such novelists as Ann Petry, whose 1946 novel “The Street” chronicled the struggles of a working class black woman in Harlem. In 1949, Chicago native Gwendolyn Brooks, whose work dealt with everyday life in black urban communities, became the first African-American poet to win the Pulitzer Prize. In the realm of drama, Lorraine Hansberry (also from Chicago) scored tremendous critical and popular success with “A Raisin in the Sun, ” which opened on Broadway in 1959.

During the 1950s and 1960s, few black artists–and even fewer black women–were accepted into the mainstream of American art. Elizabeth Catlett, a sculptor and printmaker, spent much of her career as an expatriate in Mexico City in the 1940s; the activism of her life and work led in the 1950s to her investigation by the House Un-American Activities Committee. Catlett was known for sculptures such as “Homage to My Young Black Sisters” (1968). In 1972, at the age of 80, the abstract painter Alma Woodsey Thomas became the first African-American woman to have a solo exhibit of her paintings at the Whitney Museum.

Artists and writers would play an active role in the civil rights movement of the late 1950s and 1960s. Gwendolyn Brooks, for example, composed “The Last Quatrain of the Ballad of Emmett Till” for a black youth murdered in Mississippi in 1955; she included more explicit social criticism in her volume “The Bean Eaters” (1960). Poetry was also a central form of expression for the Black Arts movement, the artistic branch of the Black Power movement of the late 1960s and 1970s. Important female poets in this movement, which emphasized the solidarity of the African-American community, included Sonia Sanchez, Jayne Cortez, Carolyn M. Rodgers and Nikki Giovanni. The autobiography of the murdered black activist Malcolm X, written with Alex Haley and published in 1965, influenced similar memoirs by black female activists like Anne Moody and Angela Davis, who published her own autobiography in 1974.

A few years ago I was asked by a local TV station to suggest some books for children in honor of Black History Month. Being…