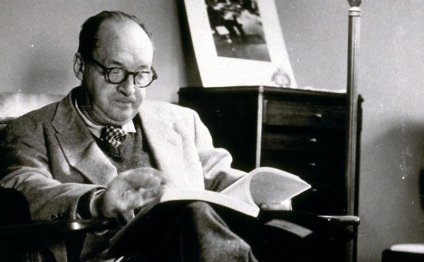 The best children’s book authors are those who can get inside a child’s mind to really excite their imagination. Some stories may be told almost entirely through illustrations, some stories may include an important moral lesson, and some are just plain fun. The authors on this list are the best to ever write tales for children.

Arnold Lobel: Some of his most famous books include the Frog and Toad series, and Mouse Soup, which earned him the Garden State Children’s Book Award. In fact, he won several awards over his career, including the prestigious Caldecott Medal in 1981 for Fables. In addition to writing his own books, he also illustrated books for other authors. Mr. Lobel passed away in 1987, but he left behind several unpublished manuscripts. His daughter began publishing them in 2009, and added her own unique watercolors. Overall his stories are sweet, whimsical, and almost always focus on small animals and their hidden world.

Beatrix Potter: The Tale of Peter Rabbit is one of the most beloved of all books for children, and was written by Helen Beatrix Potter. She was an English author, who also illustrated her own books, and was also a natural scientist and conservationist. In total, she wrote 23 books, and many of them are still in print today. They’ve been translated to many different languages, and have been retold on the stage, on film, in animation, and even through ballet. In addition to her writing, she also owned a large amount of farm land, on which she raised prize-winning sheep.

Bill Martin Jr: Mr. Martin really had a lot on his plate. In addition to being the author of more than three hundred books, including Brown Bear, Brown Bear, What Do You See?, and Chicka Chicka Boom Boom, he was also a teacher and publishing executive. As a child himself, Bill Martin Jr. was not a very good reader. In fact, it wasn’t until he got to college and learned to memorize poems as they were read to him that he began to interact with words on the page. Once he became a voracious reader, he dedicated his life to teaching children to love literature.

C.S. Lewis: His given name was Clive Staples Lewis, but his most famous books were published under his initials C.S. Lewis. Of course, his most famous set of books were the Narnia series of books, which included The Chronicles of Narnia, amongst others. He was famously close friends with J.R.R. Tolkien, the author who brought us the Lord of the Rings trilogy. In fact, they were both faculty members at Oxford University, and were both very active in the “Inklings, ” which was an Oxford literary group. Many of C.S Lewis’ books have subtle Christian themes, as his faith was extremely important to him.

Chris Van Allsburg: Like many of the children’s books authors on this list, Chris Van Allsburg did not set out to be an author and illustrator. Instead, he was a sculptor until the day his wife showed his drawings to an editor of children’s literature. He got off to a slow start, but eventually wrote and illustrated books like Jumanji and The Polar Express – both of which received the Caldecott Medal. They were also both developed for the big screen and became immensely popular movies. He’s worked as an illustrator outside of his own books, most famously on one particular edition of The Chronicles of Narnia.

Cynthia Rylant: With more than one hundred books under her belts, Cynthia Rylant is quite prolific. Her books have won a host of awards, including the Newberry Honor for A Fine White Dust and the Newberry Medal for When I Was Young in the Mountains. She also received Caldecott Honors for The Relatives Came. Many of her stories focus on her own experiences growing up as the child of divorced parents, and without running water or electricity in her home. She’s also had three separate books be named “Best Book of the Year for Young Adults” by the American Library Association.

Dav Pilkey: Mr. Pilkey, who’s also known by the pseudonym Sue Denim, is quite an interesting author indeed. His best known work is the Captain Underpants series, which follows the adventures of a young hero clad in his underpants. He has also published books under the names George Beard and Harold Hutchins. His series of dragon books was turned into an animated series in the ’90s, and his Dumb Bunnies series has been optioned to be made into a movie. He names The Stupids as one of the main influences of Dumb Bunnies. He is a much more modern author than many on the list.

David Kirk: David Kirk was born in Ohio and has written around 10 books in total. Many will know him by his Miss Spider series, which focused on the adventures of a little lady spider. Those books were published by Scholastic, one of the largest publishers of children’s books authors, and the books were later adapted to a television show. It was called Miss Spider’s Sunny Patch Friends and followed the antics of both Miss Spider and her pals. Eventually a video game was also made, which was called Miss Spider’s Sunny Patch Friends – Harvest Time Hop and Fly.

David Wiesner: His career began as an illustrator, but soon David Wiesner moved on from illustrating books like Honest Andrew to co-authoring books with his wife. In 1987 he broke out and wrote a book on his own, Free Fall, which received much praise, including the Caldecott Honor Medal. It was the first of many books in the same vein, all of which tell fantastical, dream-like stories using only illustrations. He went on to win three Caldecott Medals and another Caldecott Honor. He continues to write books for children and is expected to be releasing a new one soon.

Don Freeman: A jack of all trades, Don Freeman was an accomplished painter, print maker, cartoonist, children’s books author, illustrator and jazz musician. Initially his illustrations depicted daily life in New York City, and he left no one out of his drawings. As his career went on, he began to draw more light hearted subjects and eventually begin illustrating books for children’s. His wife was also an accomplished artist, but she typically authored the books and let her husband illustrate them. Together they eventually released more than 20 books, including Chuggy and the Blue Caboose and Pet of the Met. They believed that simplicity was the key to creating excellent books.

Goodreads is a place for all kinds of booklovers, and that includes authors. There are many ways you, as a Goodreads Author…