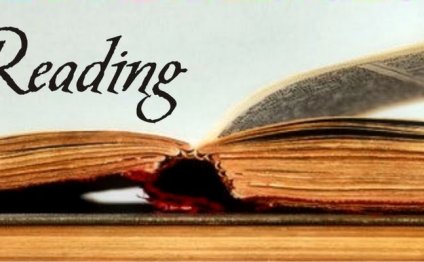 Each and every one of these women is included because she is noteworthy - a cutting-edge artist or writer, a revolutionary who is upending her community's and the world's limited notions of what a Muslim woman is capable of doing, a pioneer fighting for women's and girls' rights.

As a way of recognizing the many contributions these women are making, I wanted to highlight a handful of these women in a two-part series - this first blog devoted to North American Muslim women, and a second upcoming blog celebrating Muslim women from other parts of the world.

In this snapshot of our exhibition of North American Muslim women, you'll find a diverse group of women who've been able to move beyond the belittling stereotypes about Muslim women and are, instead, using their personal relationship to their faith in a positive way to actually shift the national conversation about Islam. In the process, they are transforming the world in fresh and exhilarating ways.

1. The daughter of influential Muslim American leader Malcolm X, Ilyasah Shabazz is an activist, motivational speaker, and author of the critically acclaimed autobiography Growing Up X. She produces The WAKE-UP Tour™, her exclusive youth empowerment program to mentor students throughout the country, and she participates in international humanitarian delegations. Her goal is to "empower future generations through understanding the world's diverse cultures and historic civilizations."

2. Farah Pandith was appointed Special Representative to Muslim Communities in June 2009. Her office is responsible for executing the Secretary of State's vision for engagement with Muslims around the world on a people-to-people and organizational level. She reports directly to the Secretary of State.

Pandith says she wants "to see young women who happen to be Muslim ... push back against stereotypes, to tell their stories in their real voices, to create alternative narratives in every way possible - because when you flood the marketplace with alternatives, the conversation will begin to change."

3. Laleh Bakhtiar is the first American woman to translate the Quran into English and the first woman to present a critical translation of the Quran in any language. She says, "The veil is the wrong thing to be stuck on when discussing Muslim women's rights in Islam. In fact, in many cases, the Quran reinforces a Muslim woman's self-esteem. And Muslim women worldwide are using the Quran to reassert their rights - rights that have been taken away from them through patriarchal interpretations and laws."

4. Dalia Mogahed has spent years extensively researching the real lives of Muslims around the world in her former job as Executive Director of the Gallup Center for Muslim Studies, a think tank and consultancy that offers evidence-based advice on Muslim societies around the world. President Barack Obama appointed Mogahed to the President's Advisory Council on Faith-Based and Neighborhood Partnerships. She says, "Muslim Americans helped thwart the majority of foiled al-Qaeda inspired terrorist plots in America. Rather than bearing collective guilt for Al-Qaeda inspired terrorism, the Muslim American community is its most formidable adversary."

*The birth of Ann Plato around 1820 is celebrated on this date. She was a nineteenth century Black educator and author. Plato…

There are few things more quintessentially American than a road trip. The country s vast size, the diversity of different…