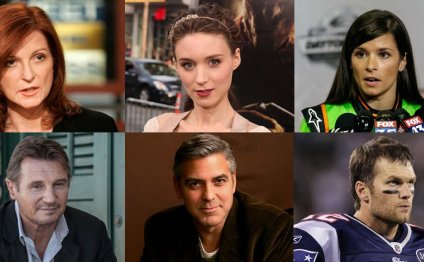 Ever since the first Irishmen and women arrived in this country, they have contributed their unique experience to all aspects of American life, including literature. Through their writing, they have reflected how their Irish heritage both connects and isolates them from the rest of American society. In celebration of St. Patrick's Day, let's examine a few Irish-American authors who have accomplished this.

Author Frank McCourt wrote about the Irish-American immigration experience in his three memoirs. In Angela's Ashes, the author recounts a difficult childhood in Ireland filled with poverty, his father's alcoholism, and disease. The misery of Irish living is compared and contrasted with McCourt's struggle to successfully integrate himself into American society in the follow-up memoir, ‘Tis. ‘Tis also examines McCourt's relationship to his first wife Alberta, and their eventual falling out. Though both try to stay together for the sake of their daughter Margaret Ann, like his father before him, he too leaves her.

When one thinks of Albany, the capital of New York, a thriving Irish community is not typically the population that comes to mind. Yet ever since the Irish Potato Famine of the 1840s, Irish immigrants have settled in Albany as farmers and laborers. Author and Albany native William Kennedy has used the city and the Irish-American community there to tell unique stories. In Ironweed, the third novel in his Albany Cycle, which features the fictional Phelan family, an alcoholic Francis Phelan returns to Depression-era Albany to reconcile with his family after he abandoned them, a common theme within Irish-American literature. In Roscoe, Kennedy looks at the corruption and greed of a fictional political Albany machine, a political organization familiar to the Irish-American experience since the days of Tammany Hall in 1854. As critic Jonathan Yardley said of Kennedy's treatment of Albany, "He has painted a portrait of a single city perhaps unique in American fiction.

In many of his books, author Colum McCann looks to his native Ireland for inspiration, often incorporating themes that mirror his own migration across the Atlantic to New York. His works, however, turn the stereotypical Irish immigration experience on its head. In Let the Great World Spin, which won the 2009 National Book Award, a young Irish monk named Corrigan must navigate 1970s New York City as he struggles to follow his calling through the Bronx. In a reverse sort of narrative, TransAtlantic follows the journeys of three Americans as they travel from the United States to Ireland, illuminating cross-cultural currents throughout different historical periods. Other books such as Fishing the Sloe-Black River and Everything in this Country Must continue to look at the historical sweep of Ireland from the perspective of those who emigrated, those who stayed, and those who have left their own countries to make their start on Irish soil.

Looking at the Irish-American families she portrays in Charming Billy, After This, and At Weddings and Wakes, it’s clear how Alice McDermott incorporates her own Irish-American background into her novels. But much of this influence is more subtle. In her latest book, Someone, McDermott writes about a woman who the author imagined as someone whose “voice hadn’t much been heard, ” as she said during an October interview with PBS Newshour. Part of this, McDermott said, was based on the fact that the character, Marie, was Irish-American. As she explained Marie’s language and habits, McDermott said, “It’s not just the Irish, but the Irish do have a propensity for saying less than they mean.”

American Authors Talks To Baeble About Their Up Coming New ...

An Exclusive Interview With American Authors

It s All About Love: Romance Readers Speak Out by Gwendolyn E. Osborne Many Americans hold preconceived notions about romance…