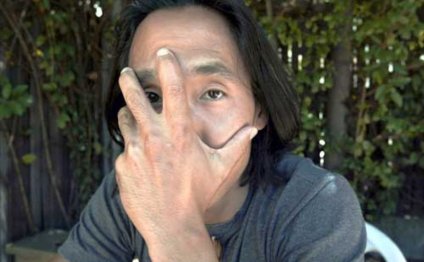 Author Don Lee is on book tour for his new release, "Country of Origin." He is one of several Asian American authors we will be highlighting. Eric Luse / The Chronicle

When he's not dodging bullets or fending off low-lifes in a dark alley, Private Eye Allen Choice - a.k.a. the Block - loves to read Kierkegaard, sip lattes and run 5 miles a day in the Berkeley hills.

Unless he's brooding about his girlfriend's parents:

"The Block doesn't work well under pressure, and can already imagine himself screwing up. He will say the wrong thing or underwhelm them in some way. And he will be overtly self-conscious of his lack of ethnic ties. He can't speak Korean, and knows very little about Korean culture. Serena says he is a gyupo, an Americanized Korean. Serena, however, speaks the language and actually studied in Seoul for two summers, and this mere fact puts Allen at a disadvantage with her parents. He is starting in negative territory. He is an ethnic dunce."

Choice, the philosopher/PI protagonist of Leonard Chang's mystery series, is at it again in the Oakland writer's latest mystery, "Fade to Clear." With his third Allen Choice novel, Chang has established himself as one of a cadre of Asian American writers who march to a different drummer in a publishing world that, for the most part, still hankers for "the next Amy Tan."

"Leonard's such a talent and he's doing something very new, " said Sally Kim, an editor at Crown Publishing Group's Shaye Areheart Books, who worked with Chang at St. Martin's Minotaur. "He's creating a space for Asian Americans in genre fiction. It's a slow growth, but these authors are widening the market."

Fans might already know that Choice is an Americanized version of Choi, a common Korean name. Chang got the idea from a guy he met in Seoul 15 years ago who had Americanized his name to Choice.

"I thought that was really fascinating, " Chang says. "When I wanted to come up with a Korean character who was very Americanized, I remembered the name and thought, how emblematic!"

"I have no idea if that guy I met in Korea ever read any of my books, " Chang says, laughing.

He has a striking face, long and elegant, with high cheekbones and dark, shoulder-length hair. Unlike the hulking Block, Chang is compact and lean.

At 35, he has published five books, not bad for a philosophy major whose immigrant parents worried about his survival as a writer.

Chang's first novels, "The Fruit 'N' Food" and "Dispatches From the Cold, " published in 1996 and 1998, were about race and ethnic conflicts. The first Choice mystery, "Over the Shoulder" debuted in 2001 and its sequel, "Underkill, " followed last year.

Though still under the radar screen of some hard-core mystery fans, Chang appeals to others as a genre-shifting writer whose novels aren't just about crime, sex and violence. Choice, a philosopher trapped in a PI's body, is a neurotic anti-hero who contemplates race, family, relationships and life, all with a noir sensibility:

"Perhaps in the future the Block will point to this particular moment in time as the Recognition. He knows the ephemeral nature of relationships, the quickness with which lovers can split up; he knows the bonds of family are illusory, that just because you are related to someone doesn't mean you are really connected."

So Americanized he feels alienated from his Korean roots, he's nevertheless confronted by race all the time.

Like the time he's trapped in a warehouse and held at gunpoint by a thug who takes to calling him "Chin."