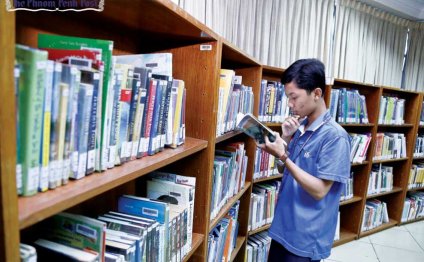 (Excerpt from Chapter One)

Here are ten very common sayings that will help you understand ten key American cultural values. I call them the "Ten Commandments of American Culture" even though they are not really "commandments." They have no religious or moral authority like the "Ten Commandments" of the Bible do for Jews and Christians. However, if you break any of these "cultural commandments, " many Americans might think you do not fit very well in America. This book will help you avoid the problem by learning to understand American expectations. While you are learning about American values, some of your American friends may also want to learn about the values of your own country. Please do discuss these things with us. If you can help us understand you better, you enrich our lives.

Commandment 1. You can't argue with success. (Be a success.)

Success is probably the highest value in American life. It relates to so many other characteristics of American life-individualism, freedom, goal-setting, progress, experimenting, social mobility, making money, pragmatism, and optimism. Americans want to "make a success of themselves." This is the "American Dream" which has attracted millions of immigrants and has been taught to generations of American children. Everyone wants to be a success at something. If you do not think that way, you may be considered a failure. It is almost impossible to criticize success. For example, if an employee does something without properly consulting his supervisor, and as a result the company gets a big contract with a new customer, the employee will get much more praise than blame. The success of getting the new contract may be more important than the failure to consult a superior. Sometimes people will even say cheating is justified if it brings success. Other people, however, may disagree.

Americans love freedom and privacy. In a way that means we love to be left alone. We don't want anyone interfering in our affairs, giving us advice, or trying to run our lives. We want people to "stay off our backs, " "stay out of our way, " and "mind their own business." Perhaps Live and let live should be listed as the first commandment of American culture, even more important than success. It means that no one should object to anyone else's way of living. If you like opera and I like country music, that is fine. If you want to get married and I want to live with someone without marrying her, that is fine too. Neither of us should try to influence the other or object to the way the other lives. If we are not tolerant of other people, we may damage their self-esteem. To attack someone's self-esteem is to break one of the most basic rules of American life.

Commandment 3. Time flies when you're having fun. (Have lots of fun.)

Americans try to have as much fun as possible. Much of our fun comes through various kinds of entertainment, especially TV. But we also try to turn other activities into fun. Shopping is fun. Eating is fun, and in case it is not enough fun, we will put a playground inside the fast-food restaurant so the kids can have fun playing while the grown-ups have fun sitting and eating. Learning to read can be turned into fun, as the Sesame Street TV programs show. Americans look for careers that are fun (although not many succeed). Having fun is the major preoccupation of youth, retired people, and many of those in between. In most situations Americans are very time-conscious. However, we forget to watch the clock when we are having fun. That is why "time flies, " that is, time seems to go by very quickly.

Commandment 4. Shop till you drop.

Many Americans (especially American women) shop as a form of recreation. Even if we are not shopping for anything in particular, we simply enjoy looking at all the options. We love the whole process of choosing what to buy and where to buy it. It is a major topic of social conversation. If you want to impress an American friend, convince him or her that you are a "smart shopper." The saying, Shop till you drop, is never used seriously as a command and yet it holds a serious meaning. We are perhaps the ultimate consumer society, and this saying describes us so well that it could be our national motto.

Commandment 5. Just do it.

We are people of action. We do not like too much planning. That seems indecisive and perhaps a waste of time. We do not like rules and regulations that prevent action. We strongly dislike authority structures where people are expected to inform several other people before they do anything. We get an idea and we want to just do it. Action is seen as the key to success. Action is more valuable than planning, checking regulations, or informing people.

Commandment 6. You are only young once. (Do whatever you can while you have the chance.)

This commandment ties together the themes of several other commandments-freedom, fun, initiative and time. It is a command to enjoy life to the full, taking advantage of every opportunity that comes along. For example, this is why lots of university students flock to the Florida beaches for spring break but the 40-year-olds don't. Adult responsibilities and schedules put an end to the freedom of youth.

Commandment 7. Enough is enough. (Stand up for your rights.)

Human rights and dignity are so basic to American thinking that we assume everyone else must think the same way. This proverb implies the command, "Stand up for your rights." In the American Revolution, America as a nation said to Britain, Enough is enough, that is, "You have ruled us for long enough. You will not rule us any more." As we saw in Commandment 2, Live and let live, Americans do not want people interfering in their lives. When we sense interference, we push it away.

Commandment 8. Rules are made to be broken. (Think for yourself.)

We obey rules most of the time, but we see rules as someone else's idea of how we should do things. We think the rule might have been appropriate in some other situation but it might not be appropriate for our situation now. Therefore we break it and do what we think is a better idea. This proverb implies the commandment, "Think for yourself in every situation. Do not just obey rules." Though Americans say, Rules are made to be broken, we never say, "Laws are made to be broken." Laws are official legal "rules" and we proudly claim that in America, "No one is above the law."

America is described as an extremely complex conglomeration of cultures, possibly even the most complex society in the modern…

Two titles short-listed for this year’s Dolman Travel Book Award deal in very different ways with the US: In American Smoke…